The forecast called for warmer-than-usual temperatures and winds out of the south. I decided to try riding my new Wabi single-speed bike to Petersburg, a town on the Sangamon river, north of the state capital of Springfield. The plan was for Joy to drive up and meet me there, where we'd stay overnight at a lodge in town.

It was overcast and cool when I rode out after 7:00. The first 37 miles were familiar - a mostly straight shot to Staunton. I've ridden those back roads up there many times.

After riding through Sawyersville, Benld, and Gillepsie, I was in completely unfamiliar territory, and was now relying on Google Maps, which directed me onto some messy gravel country roads that occasionally deteriorated even more and became mud. My shiny new Wabi became coated with grime. Ugh.

Fog rolled in. There was very little to see in this part of the state, at least on these flat, remote country roads, although Carlinville (population 5,632) was big enough to have Blackburn College, small private institution. Normally I would have spent some time looking around there, but I was racing to get to Petersburg before the sun set.

The wind continued to cooperate. I stopped at a gas station in Girard (population 2,021) after about 80 miles to get some snacks. A young guy walked up and asked me about my extremely attractive bike. He was visiting from California, and told me he rode a fixie back home. 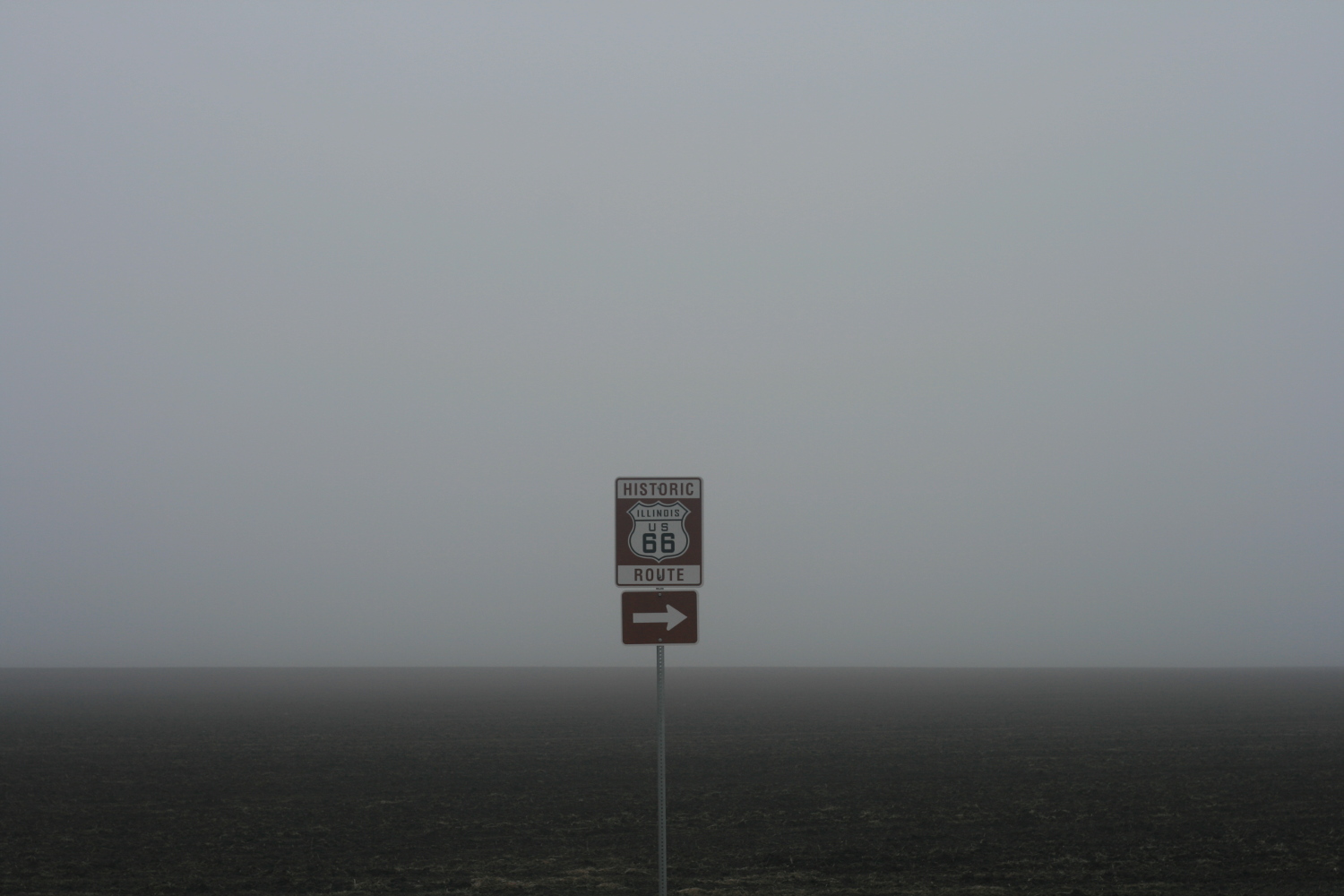 After Girard things got even emptier, and the rough chipseal and gravel roads were wetter and messier. At one point I stopped to look at the map, forgot to close my seatpost bag, and not long after riding away was startled by a loud bang. At the last minute I had decided to bring my iPad with me (an idea that Joy was extremely dubious about), and it had fallen out of the seatpost bag and landed on the gravel road. After a quick inspection I determined that it still worked, although one corner was gouged. Luckily I had wrapped it in two ziplock bags, or it likely would have been ruined. 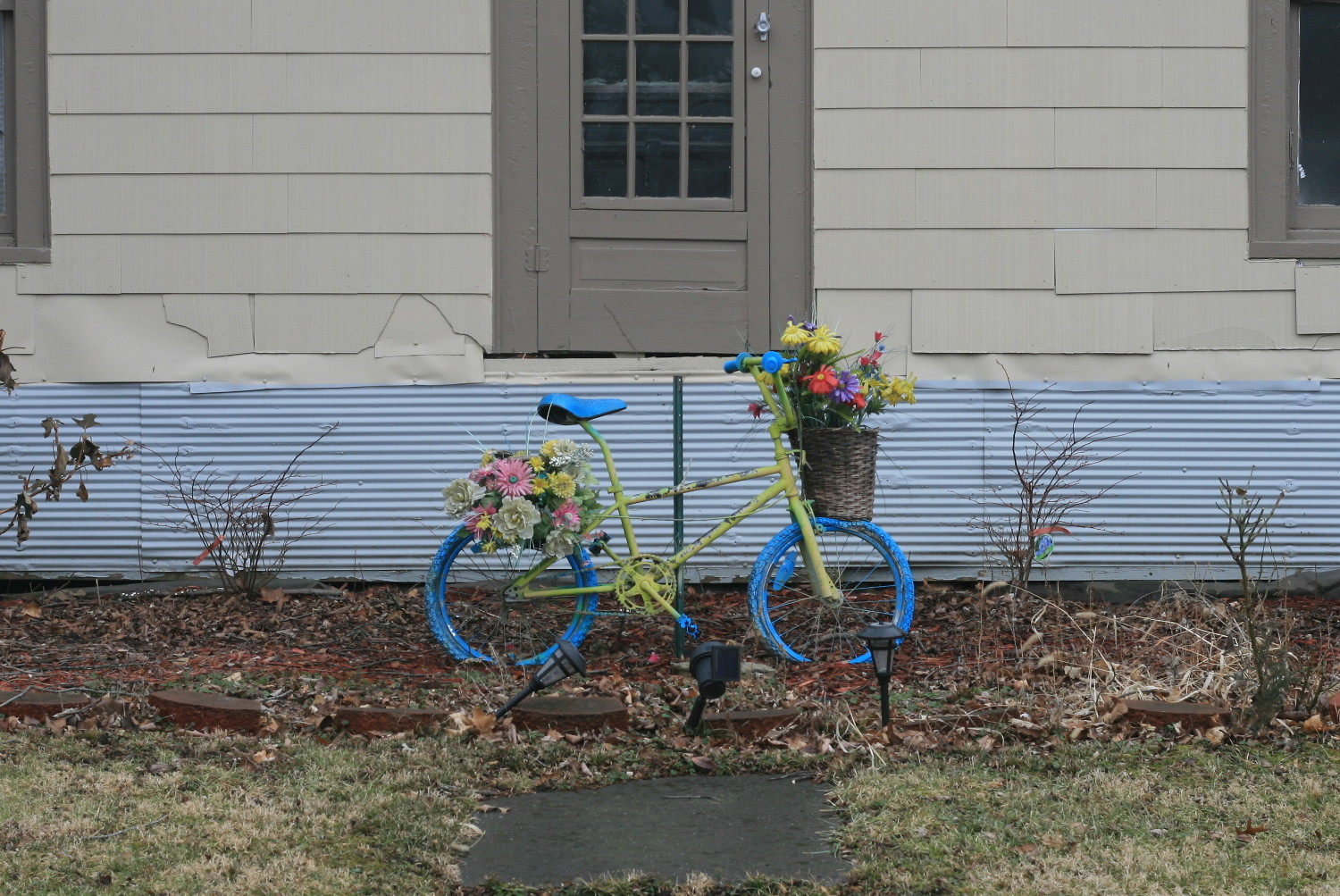 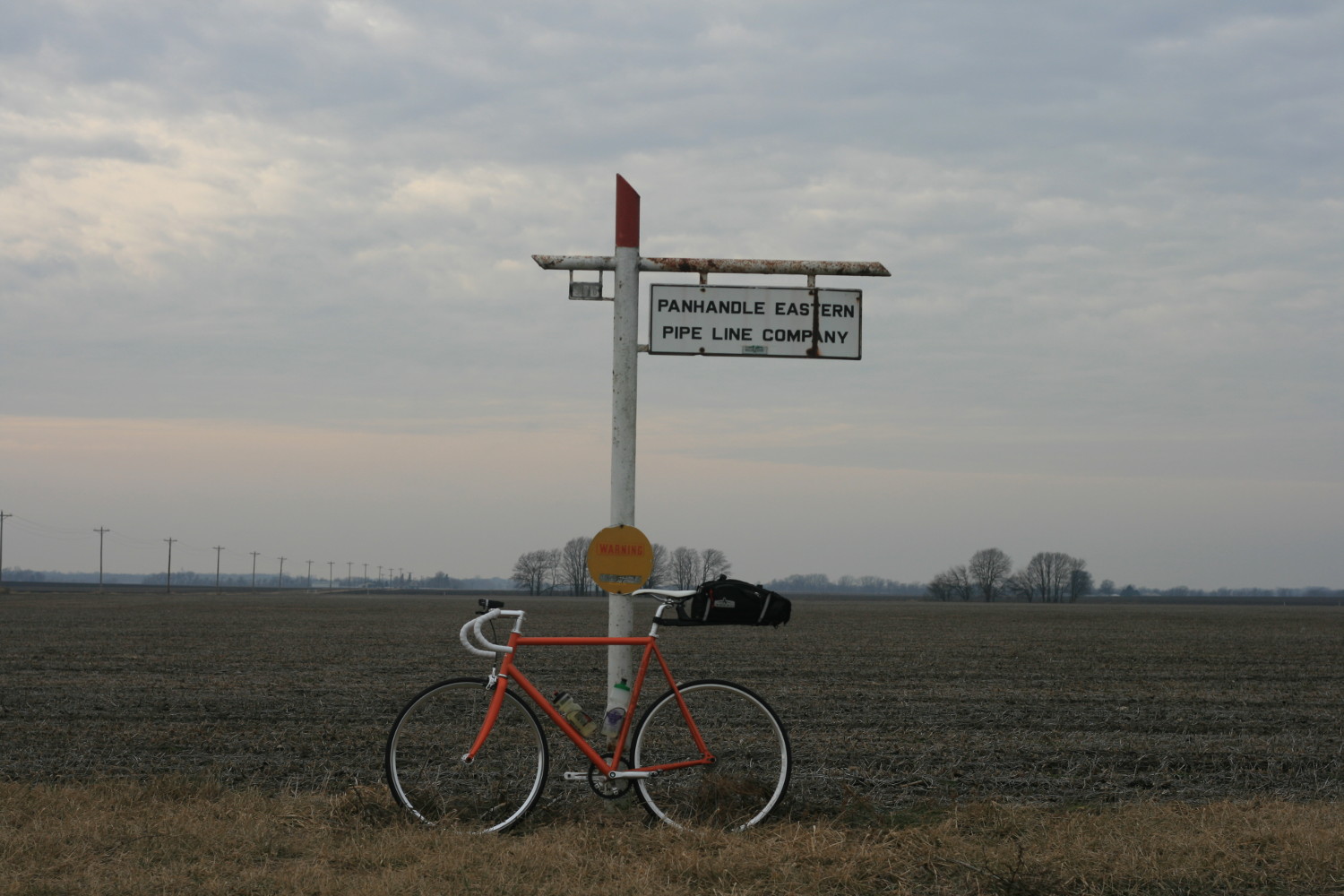 As I approached Petersburg (population 2,199) the traffic, which had been non-existent most of the day, got heavier, and I turned on my headlight as the sun went down. The last several miles were in the dark, but I was able to find the RiverBank Lodge where Joy had already arrived. This was very much the off season there, and we were the only ones staying in the place.

After I cleaned up, we ate pizza at the nearly empty bar at our hotel and talked to the bartender, who told us stories of his side-job managing professional wrestlers in St. Louis. Then we walked to a brewpub, where Trivia Night was in progress, and sat at the bar doing our usual people-watching thing. The only people in the place not drinking beer were me and a ten-year-old boy. The barmaid seemed amused when he walked up for a refill of his soda, and I said "Hey, that's what I'm having!"

Later I attempted to wash my filthy bike in our room, a process that involved removing the wheels and taking the bike into the shower.

I was tired after doing a double metric century in January. That's a long ride, even if it was wind-assisted.