I was up and ready to go super-early, so I killed time watching TV, something I almost never do anymore, until 5:00, then took the elevator down to the lobby to find that I still had an hour until the hotel breakfast started.

From the looks of things, the “continental” breakfast wasn’t going to be exactly lavish, but it was more than an hour until sunup, and I couldn’t leave until then. I really need to get a light for my bike.

I talked to the bored night desk clerk for a while, who gave me a pre-breakfast orange juice, then sat in the darkened breakfast area until a tired-looking woman came out and got breakfast going. The sausage was gray and unappealing, so I ate nine bowls of Froot Loops instead.

By now I’d been up for hours and was ready to go, so I rode out on city streets in the pre-dawn morning, and got on the Little Miami bike path.

I’m very familiar with this part of the Ohio bike path system, from when I lived in Kentucky, but I hadn’t ridden it in years. Not much had changed: The little towns along the path seemed as sleepy as ever, especially at this hour. 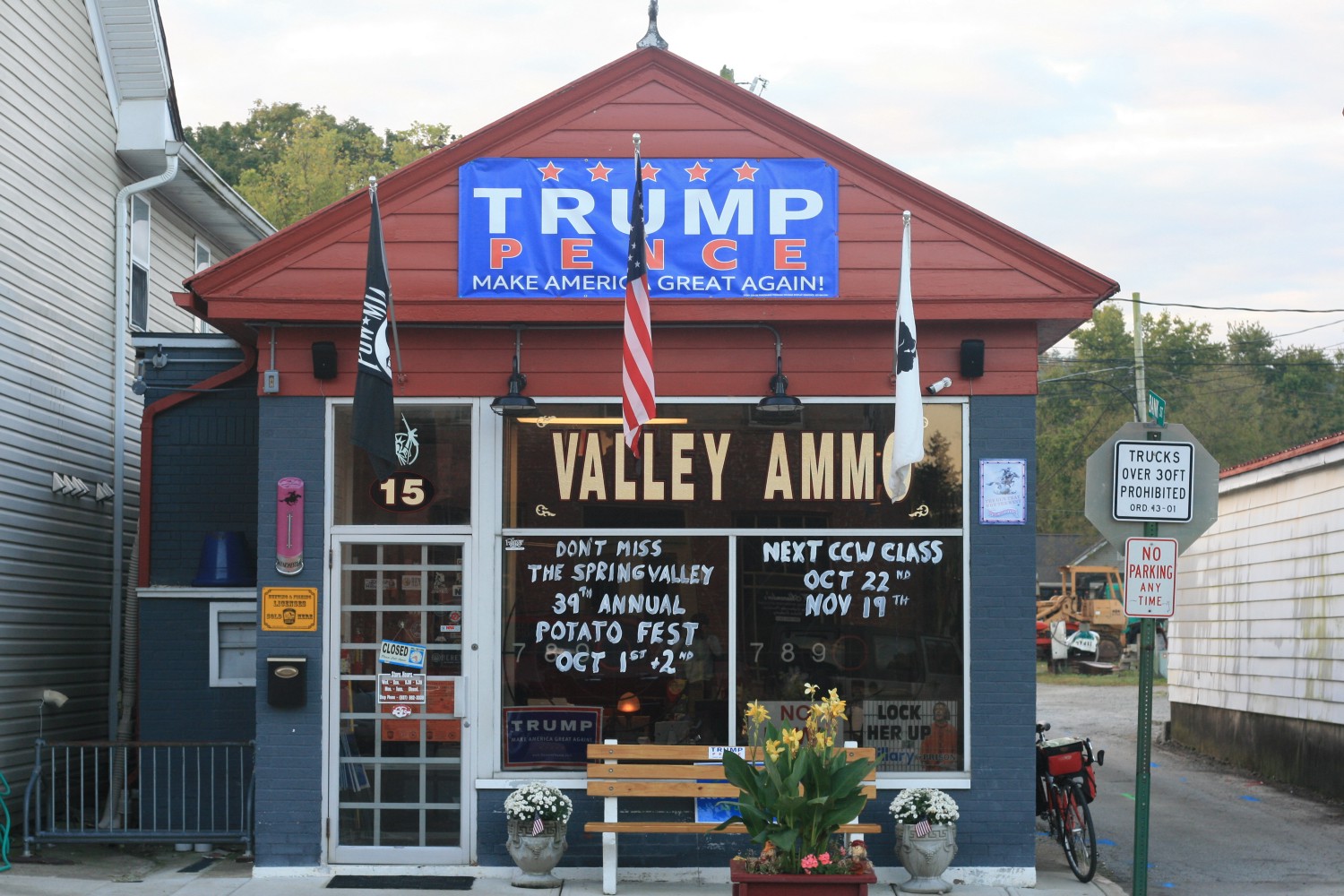 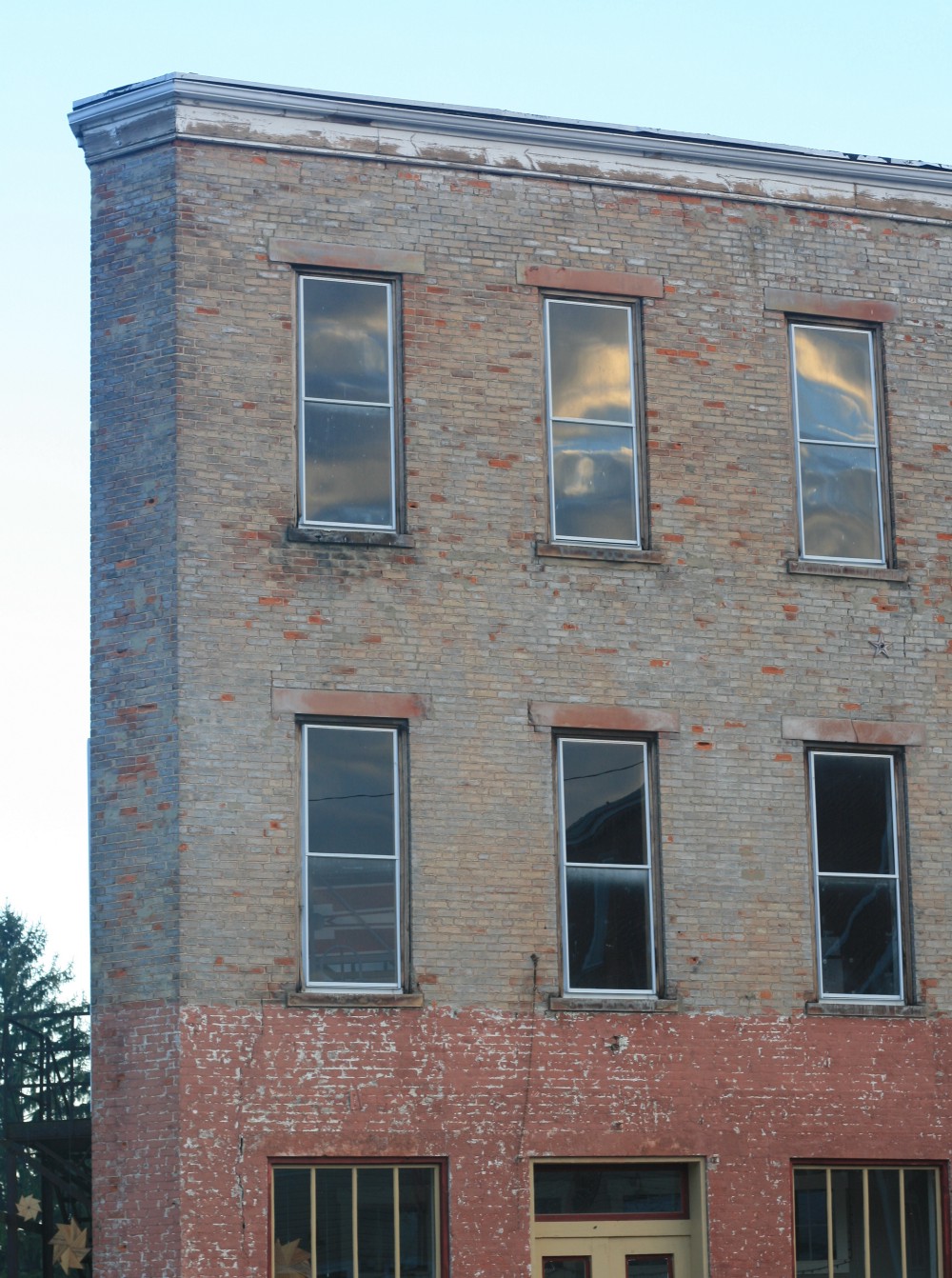 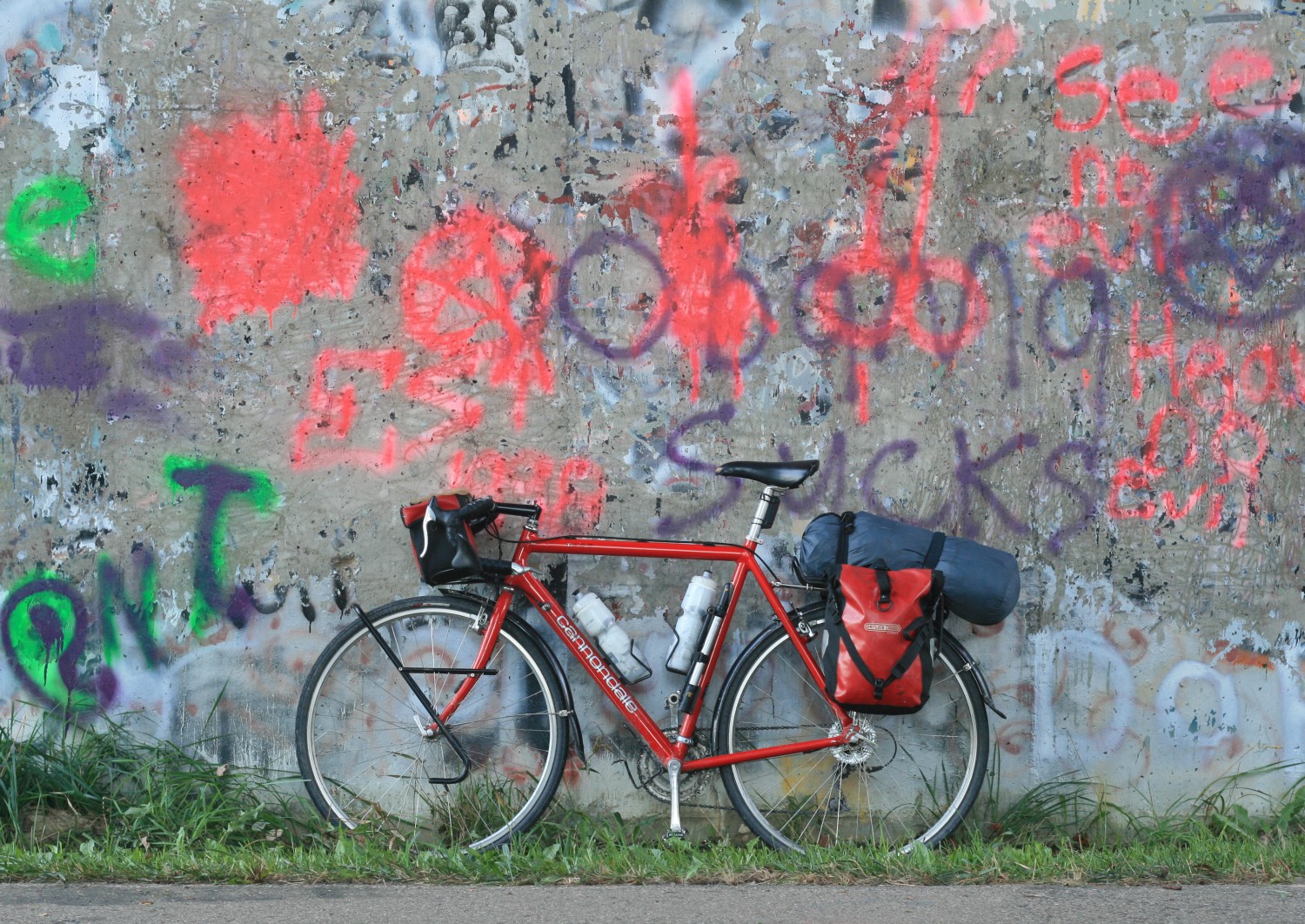 I stopped in Morrow at a brand-new store adjacent to the bike path. The “Bikers Welcome / Michelob Ultra” sign outside the store actually featured a picture of a Lycra-clad roadie, instead of a motorcyclist. Unprecedented. 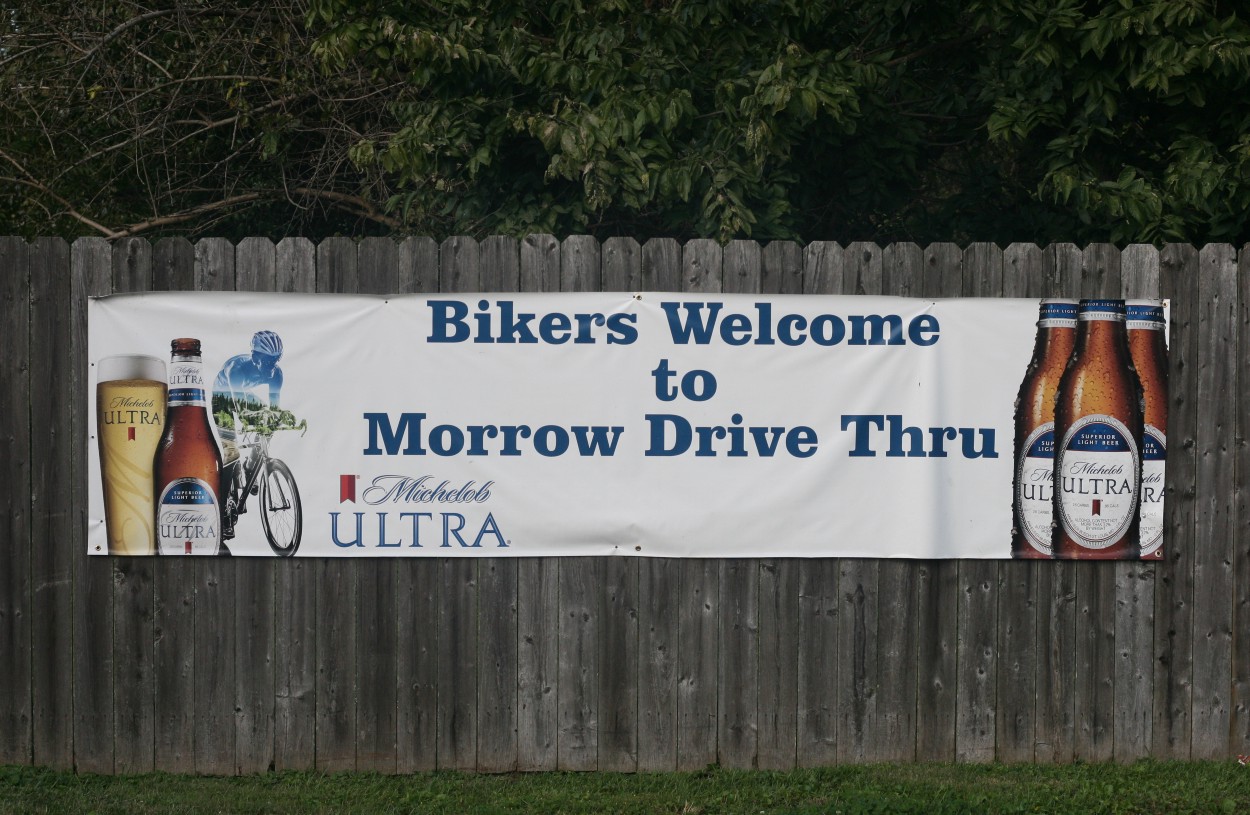 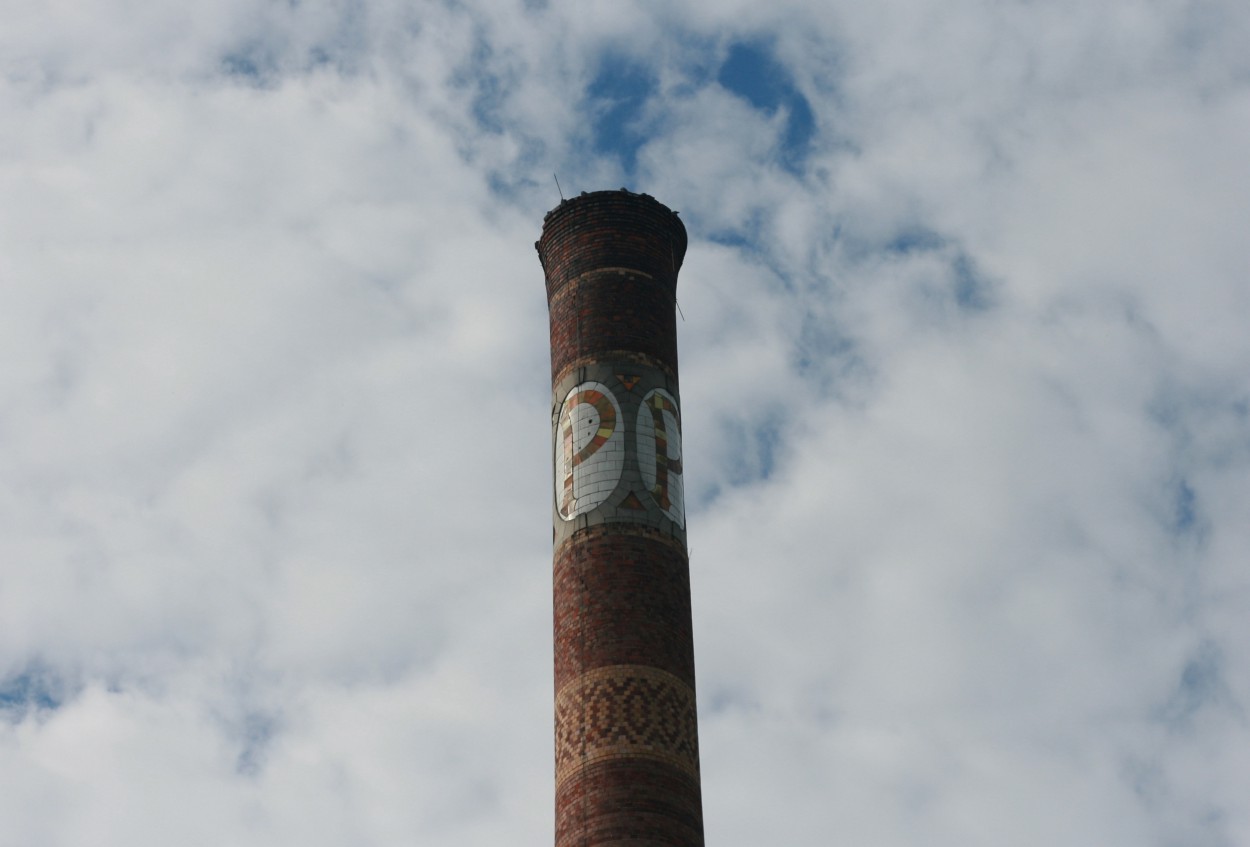 I exited the bike path at Milford, and, despite years of riding in the area, and despite my carrying the detailed Adventure Cycling maps for the Underground Railroad Route, I took a wrong turn and got lost in the small Milford downtown. Sigh.

I got back on track to find that this section of the Underground Railroad Route, which I remembered as being pleasant enough eight or nine years before, was terribly busy with fast traffic, especially on US 50. I’m sure I could have done a better job of routing through and/or around this area myself. Maybe next time.

I was frazzled from the traffic when I arrived in Owensville (population 794), which, surprisingly for a town of its size, had a Dunkin’ Donuts, where I spent twenty minutes drinking a giant strawberry-banana smoothie. 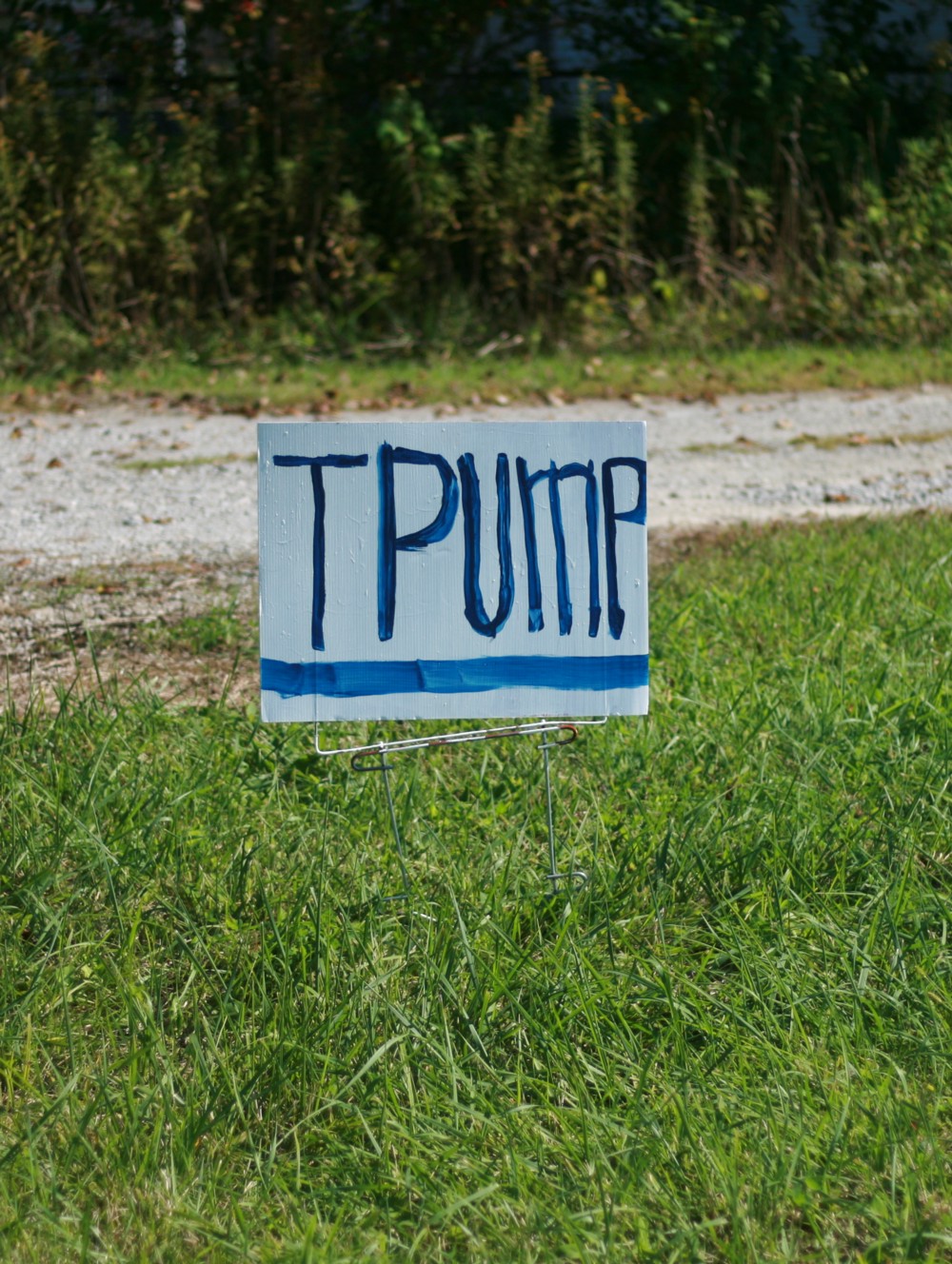 After Owensville the route got better, and increasingly familiar as I neared Georgetown. I used to ride to Georgetown all the time when I lived in Kentucky, and I found that not a lot had changed there, although, as with many of the Ohio towns I’d seen recently, things looked pretty dead. The bike shop was no longer open, its eccentric (and hot-headed) owner, an acquaintance of mine, having been run out of town by the redneck good-old-boys who run the place. 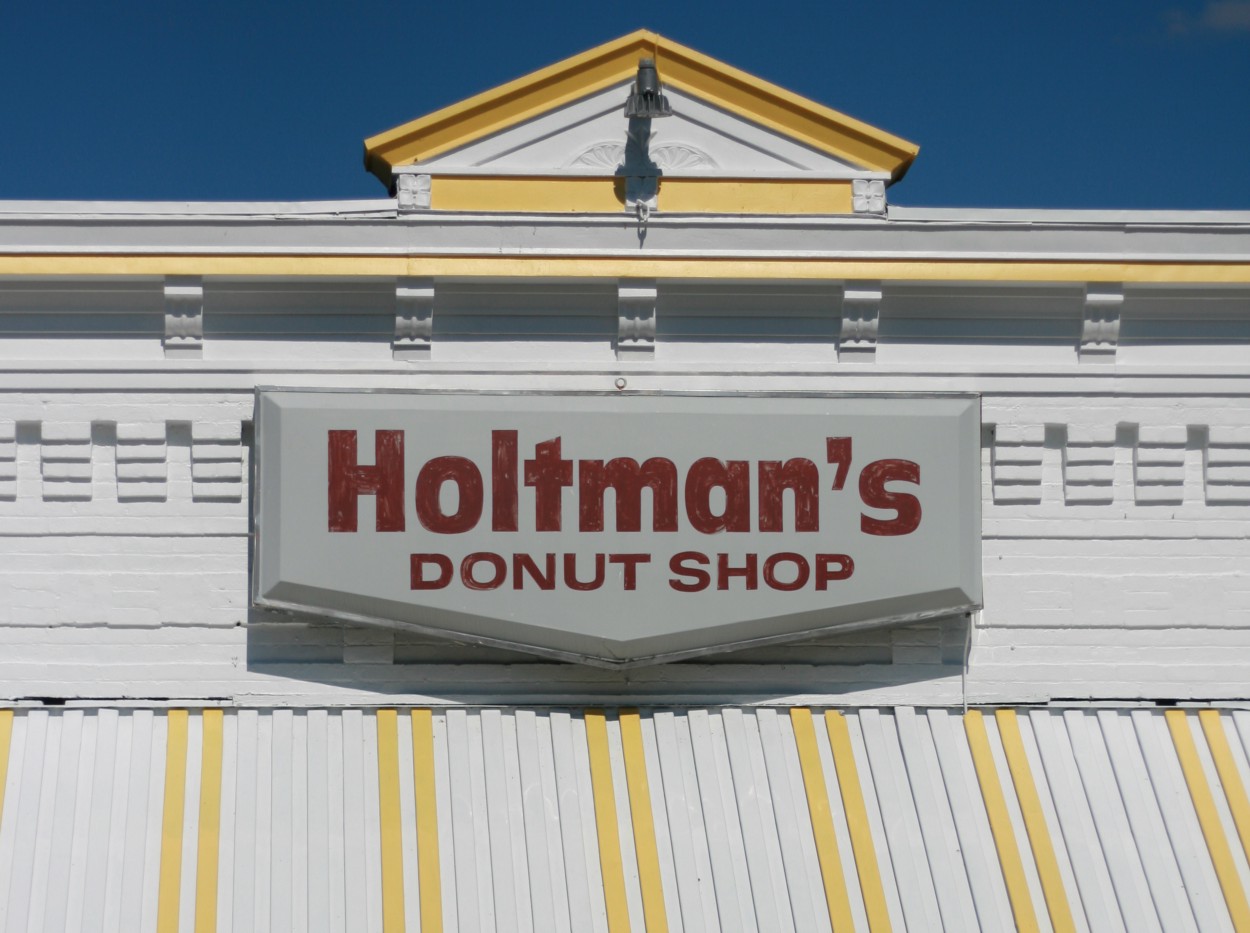 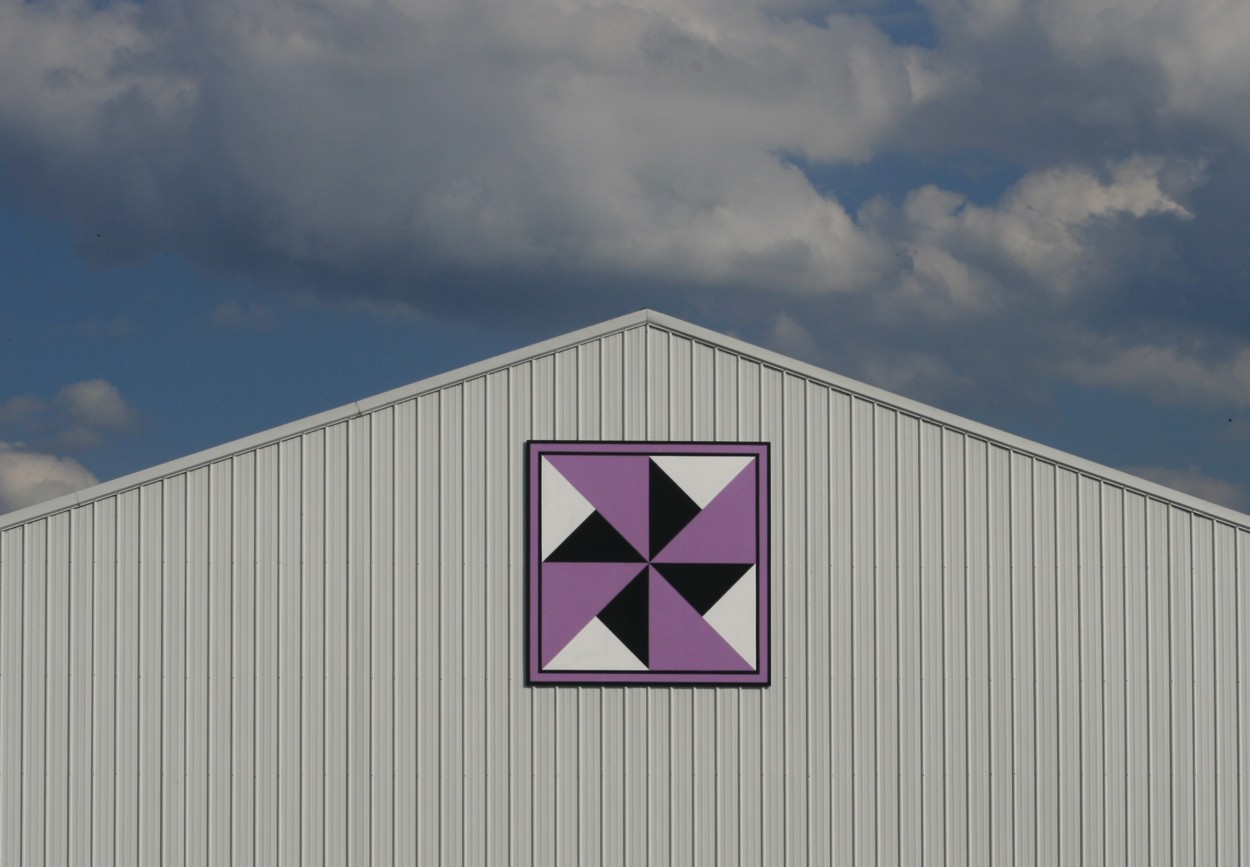 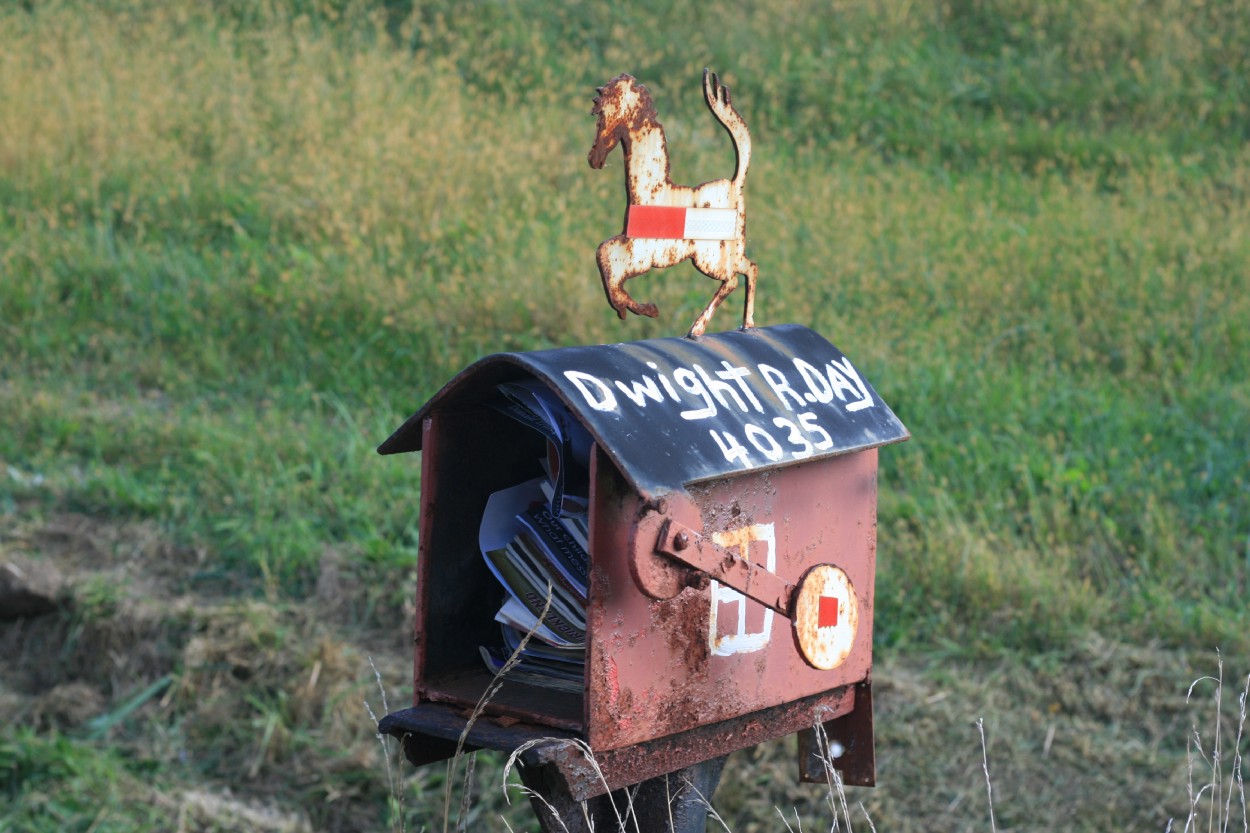 After a final stop for soda pop at the United Dairy Farmers store in town, I started the last push to my destination, Aberdeen. I was tired by now, and worried that I wouldn’t make it before dark, so I rode as hard as I could. There was a significant hill or two before I reached Ripley, right on the Ohio River. From there it was eight flatmiles to Aberdeen, on busy US 52 right along the river. The shoulder width was annoyingly variable, but I lucked out when reached a construction zone with four miles to go, and after the flagger held up the traffic behind me, I had the last several miles almost all to myself. 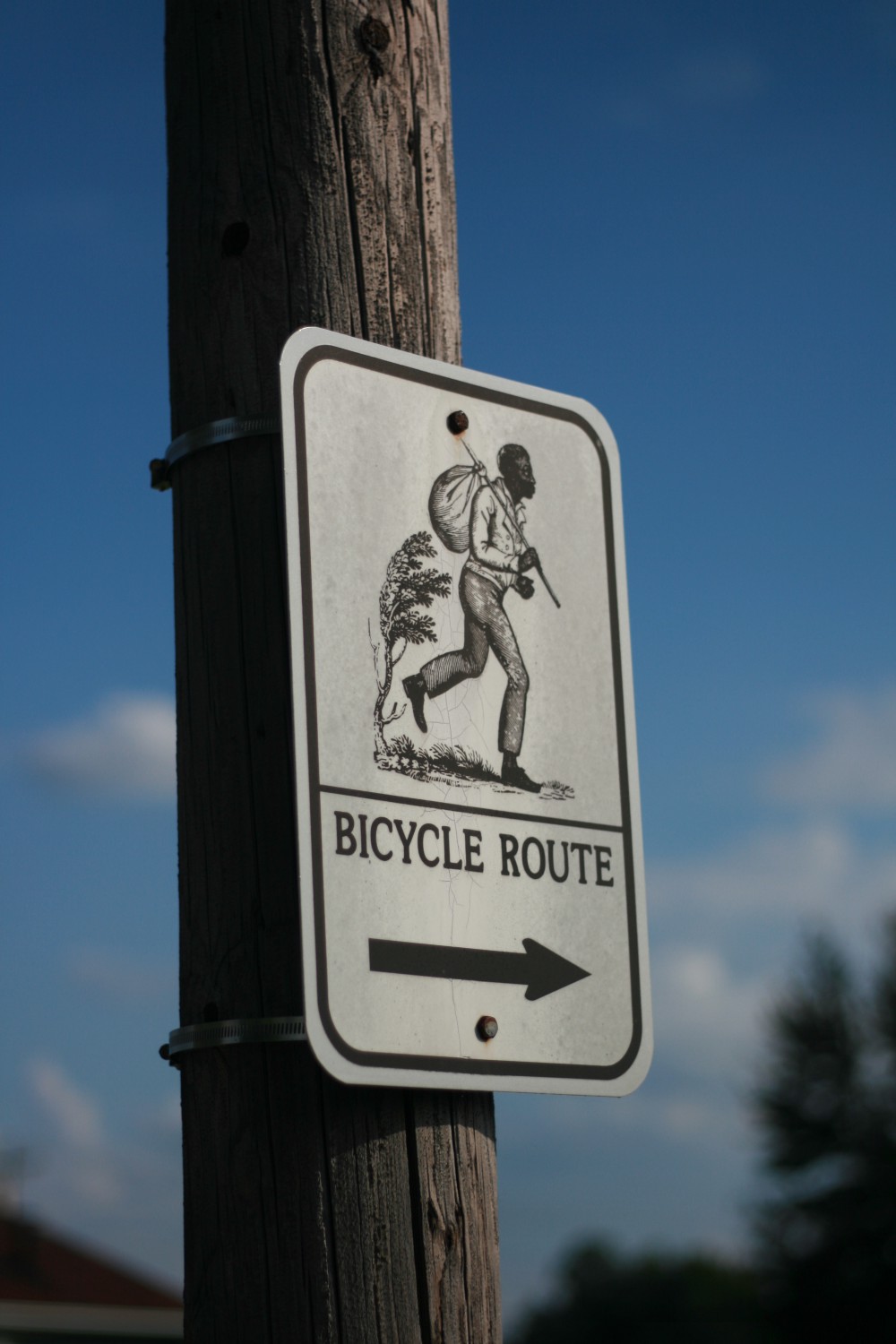 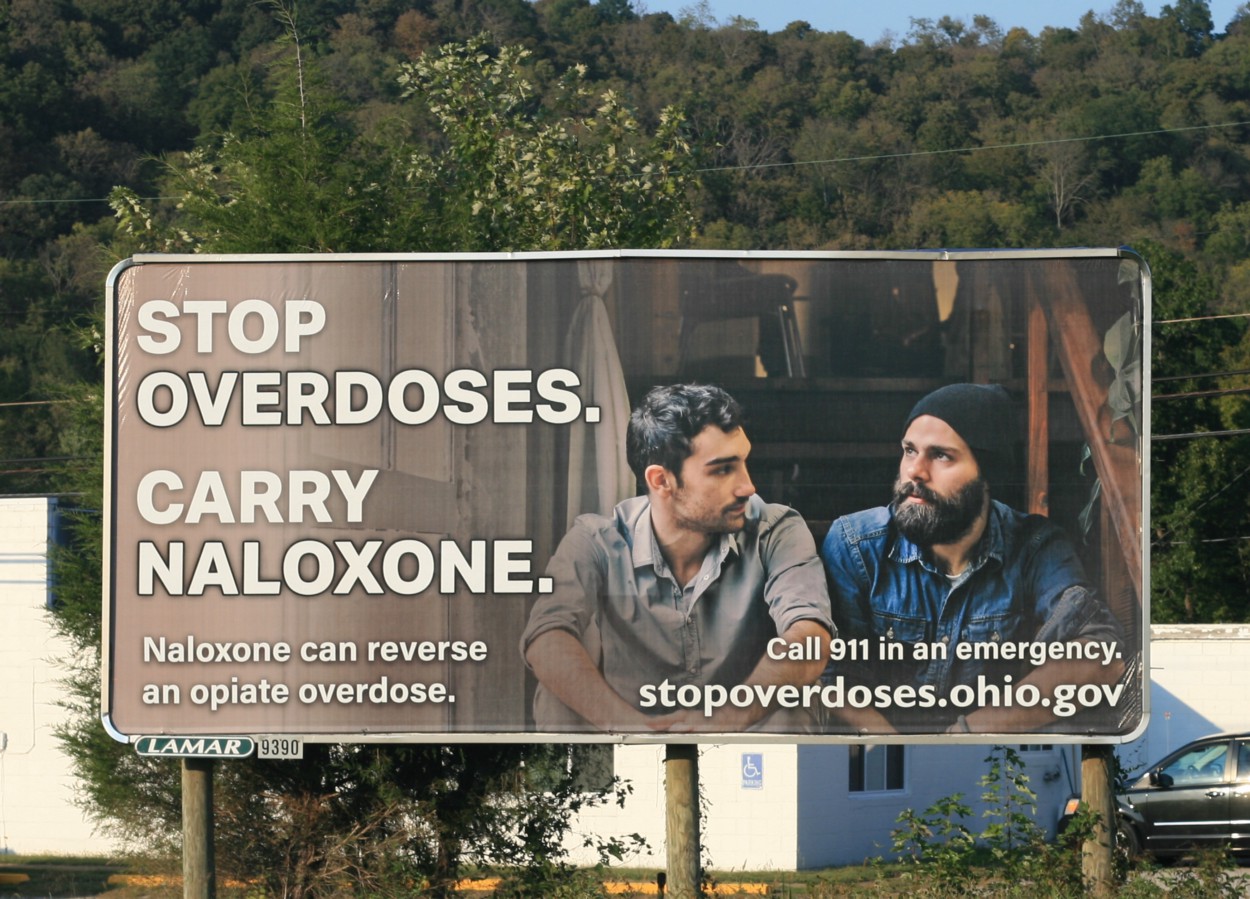 I arrived at the home of my friends Peter and Cay, who were at an event, but had left me dinner, which was delicious, especially after 113 miles and nothing but snacks all day.

Peter and Cay returned, we talked for a while, then I went to bed, where I slept much more soundly than I did at the Ramada Inn.

Except for the short, uneventful ride across the Ohio River to my dad’s place in Kentucky the next day, that was the end of this little tour. I spent a few days in Kentucky, then rented a car and drove back to Illinois.

Bike touring is still fun. One thing I’ve learned is that I prefer the long-ish, 100+ mile days while touring, and I think I’ll try to pare down the weight I carry in the future to facilitate that.