After a breakfast of Ale-8 and chocolate milk, I made my way through West Lafayette and then Lafayette, first on quiet neighborhood streets, then a bike path, and then on what was, surprisingly for so early on a Sunday morning, a couple of miles of unpleasantly busy highway, before reaching the super-quiet country roads I favor. 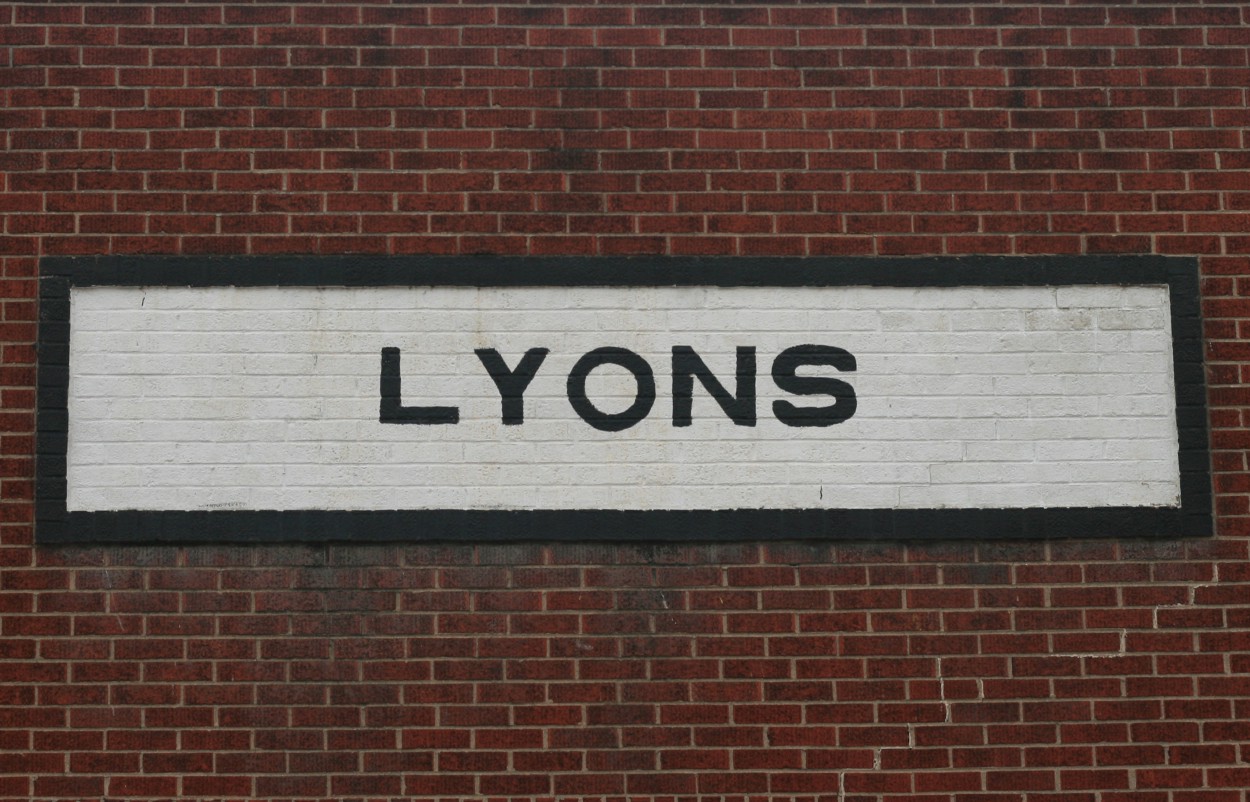 I biked for several miles along Wildcat Creek, on a narrow road that alternated between gravel and chip seal. After a side trip to check out a covered bridge, there was a long, fast ride on Judson Road which took me to the northern edge of Kokomo, where I stopped in a park and ate approximately ten granola bars. 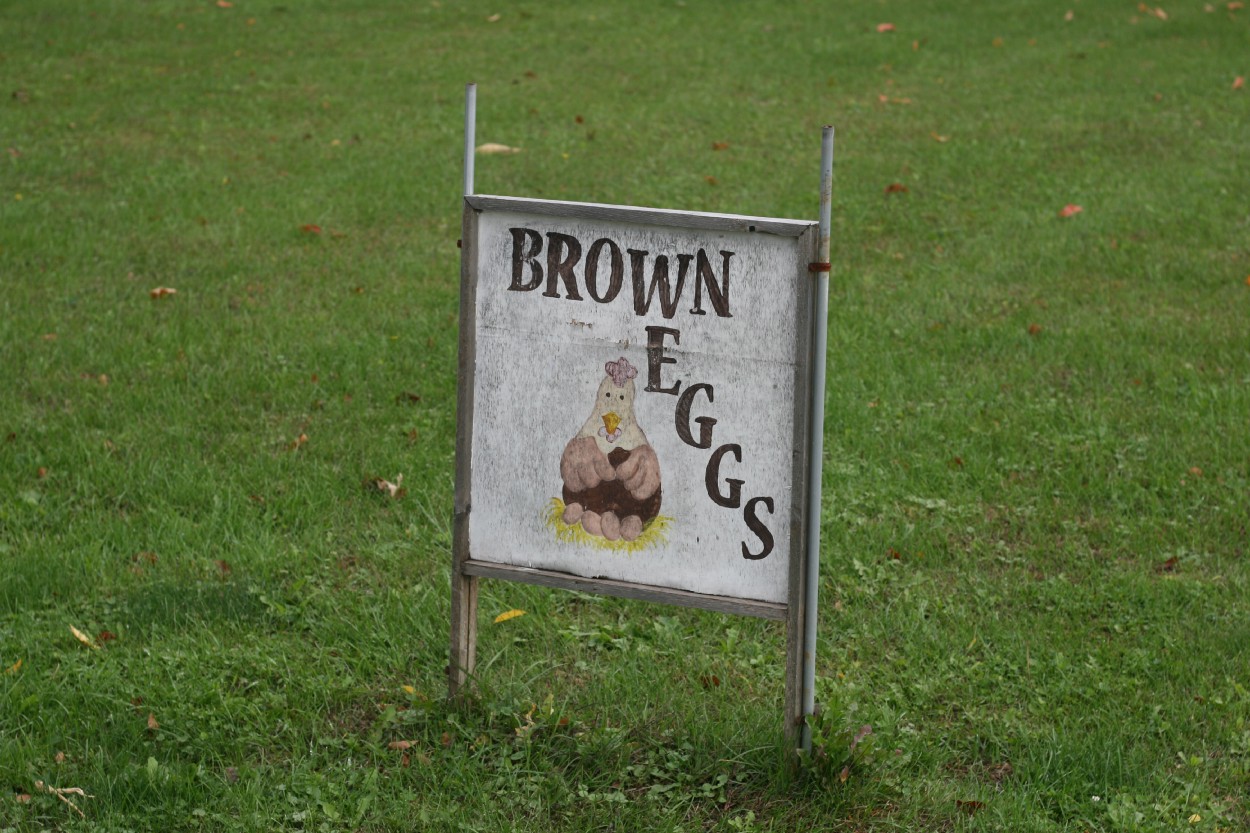 It was noon now, and the sun had finally burned off the morning haze. It was a nice, mostly flat ride to Greentown (population, 2,415.) After lunch at Subway, I walked around the downtown, which was pleasant enough, then got back on the road. A half mile out of town I stopped to take a picture, and a friendly local woman pulled over and greeted me: “Welcome to Greentown!” 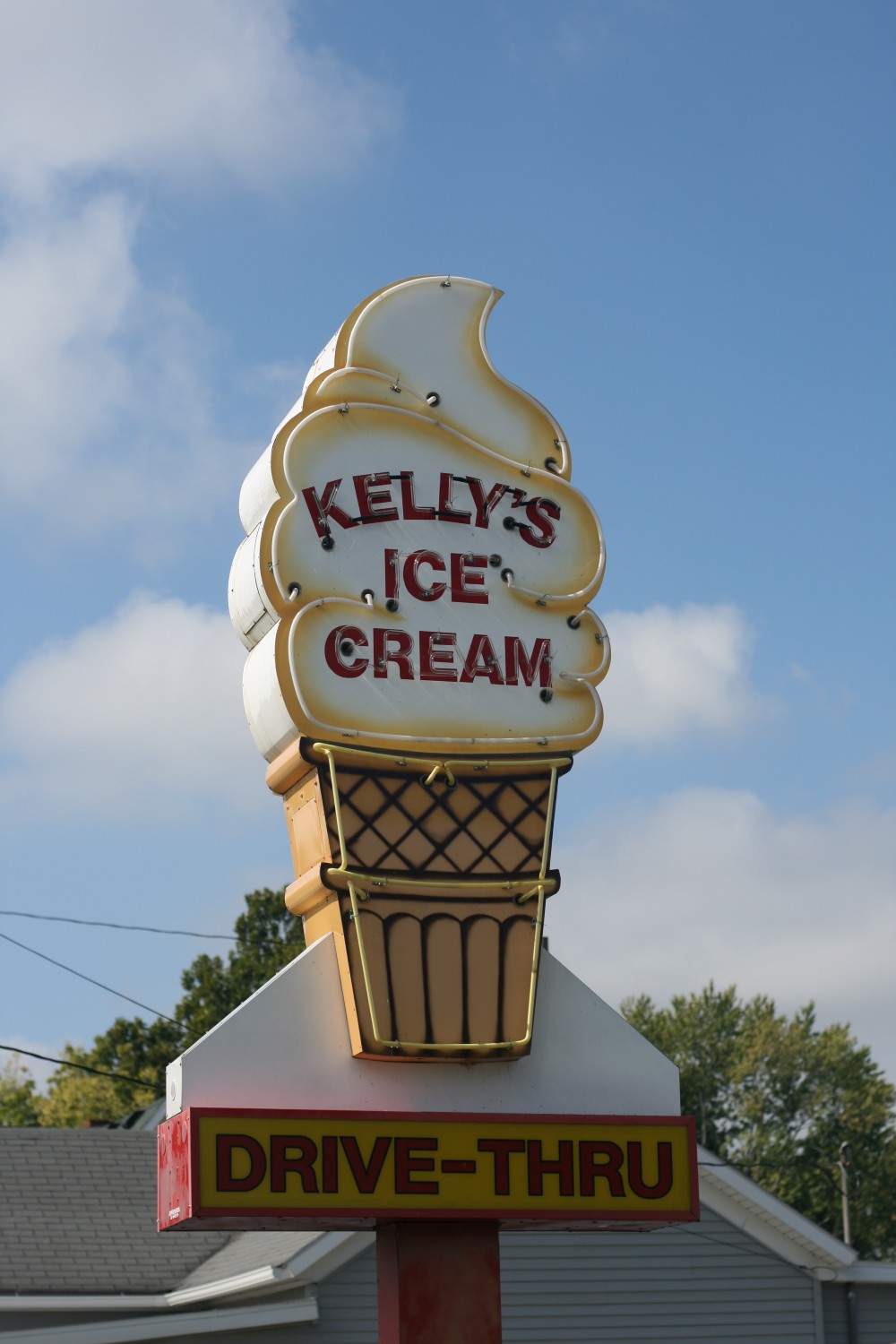 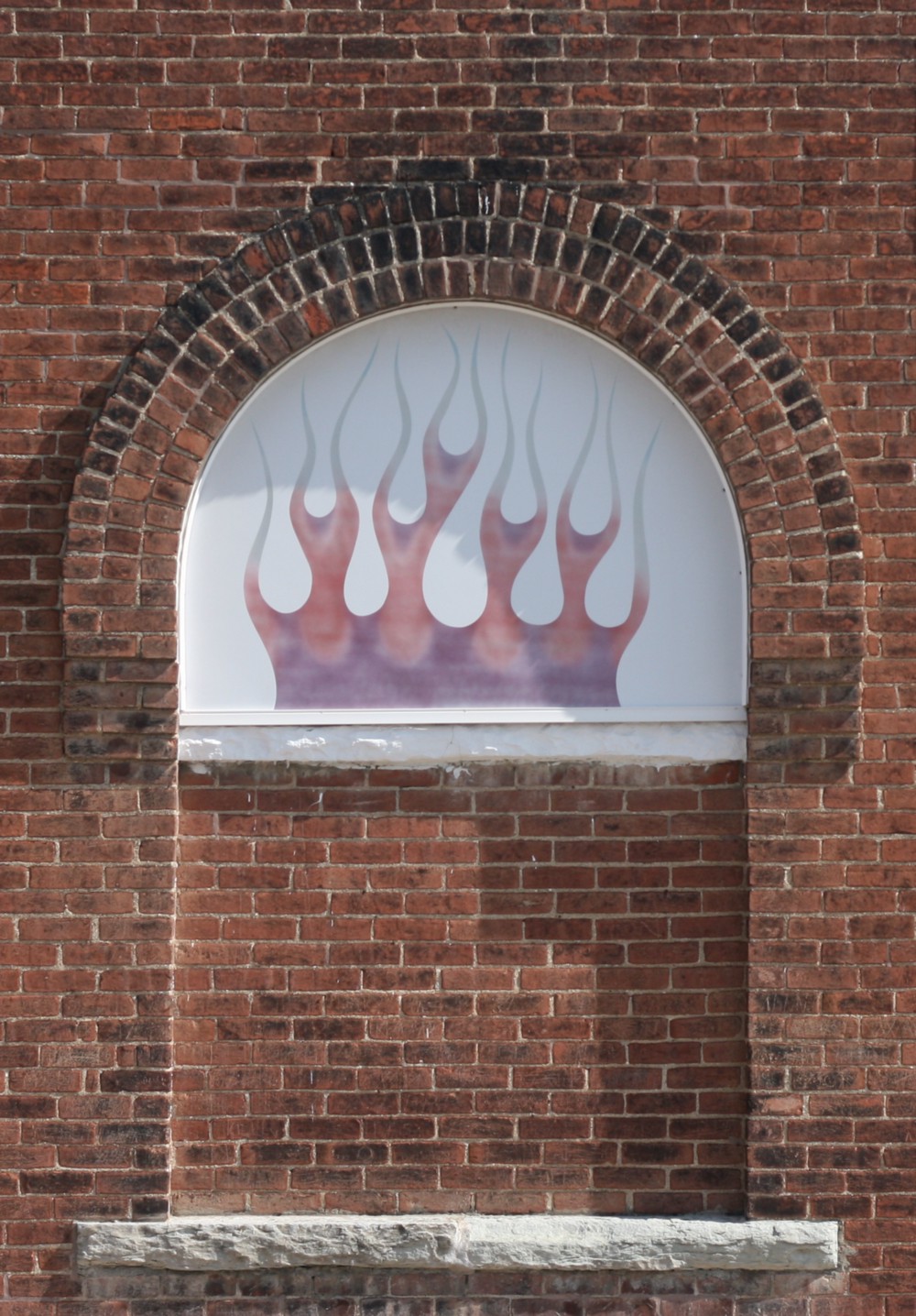 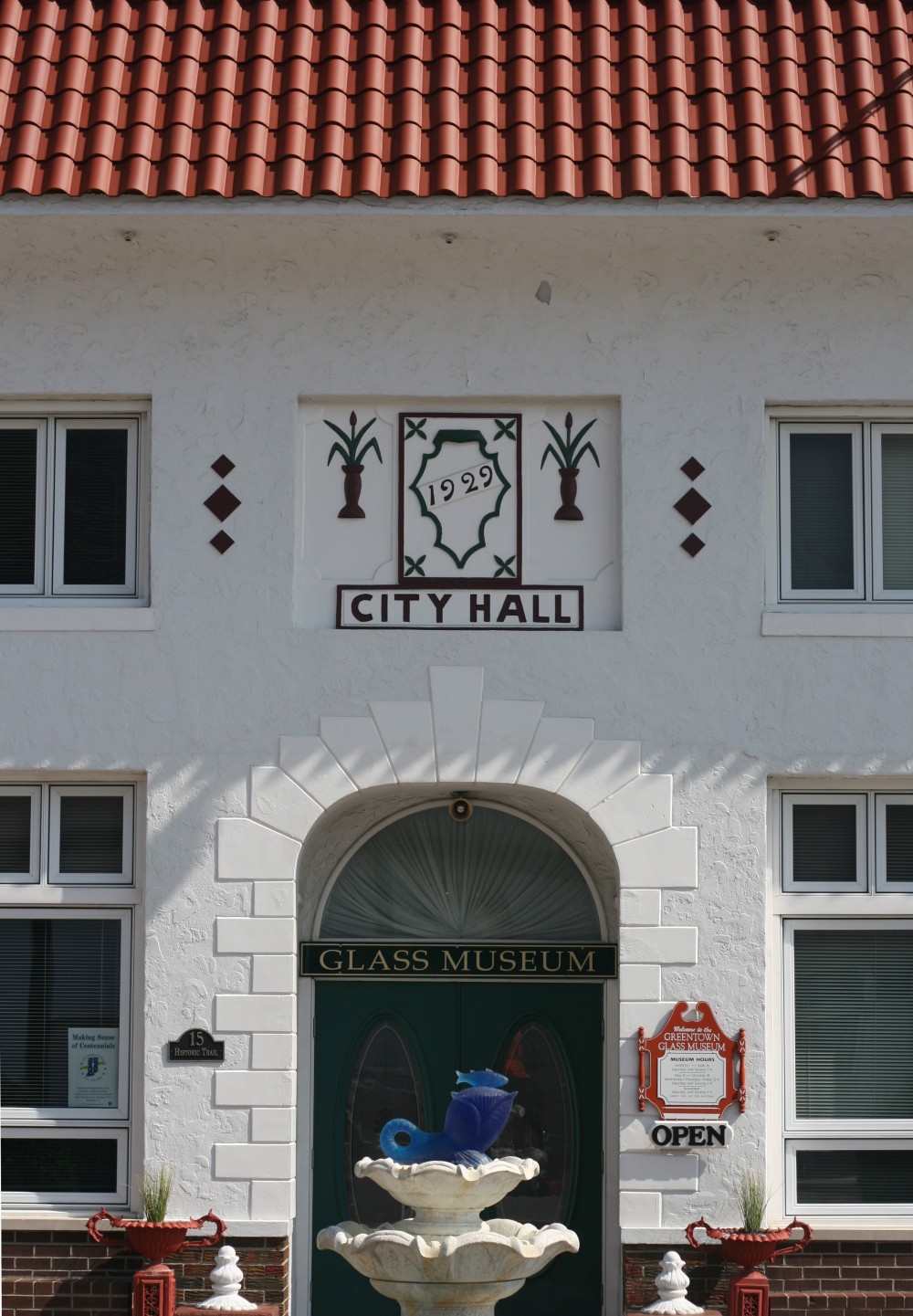 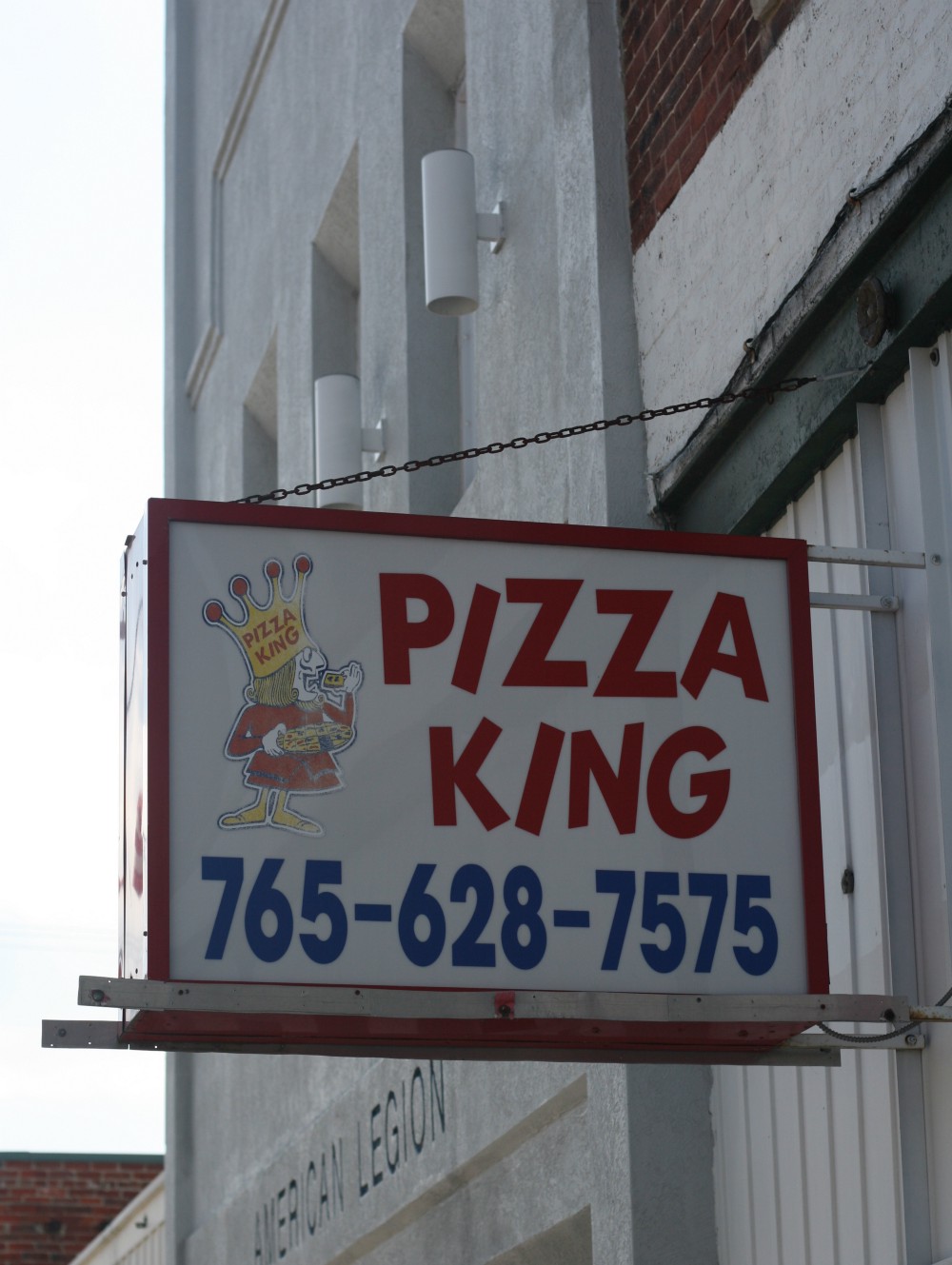 There were miles and miles of smooth, paved country roads after Greentown. I glimpsed a recumbent cyclist in the distance, pushed myself to catch him, and was not surprised to find that the recumbent cyclist was an older, bearded man. In my years of chasing down recumbents, I have found that approximately 90% of their riders are older men, and 90% of those older men have beards.

After several miles on Wheeling Pike, curvier than most roads on this tour, I arrived in Matthews (population 596) and stopped in a convenience store where the young male clerk was unashamedly singing along, very badly, to “Hotel California” on the radio. 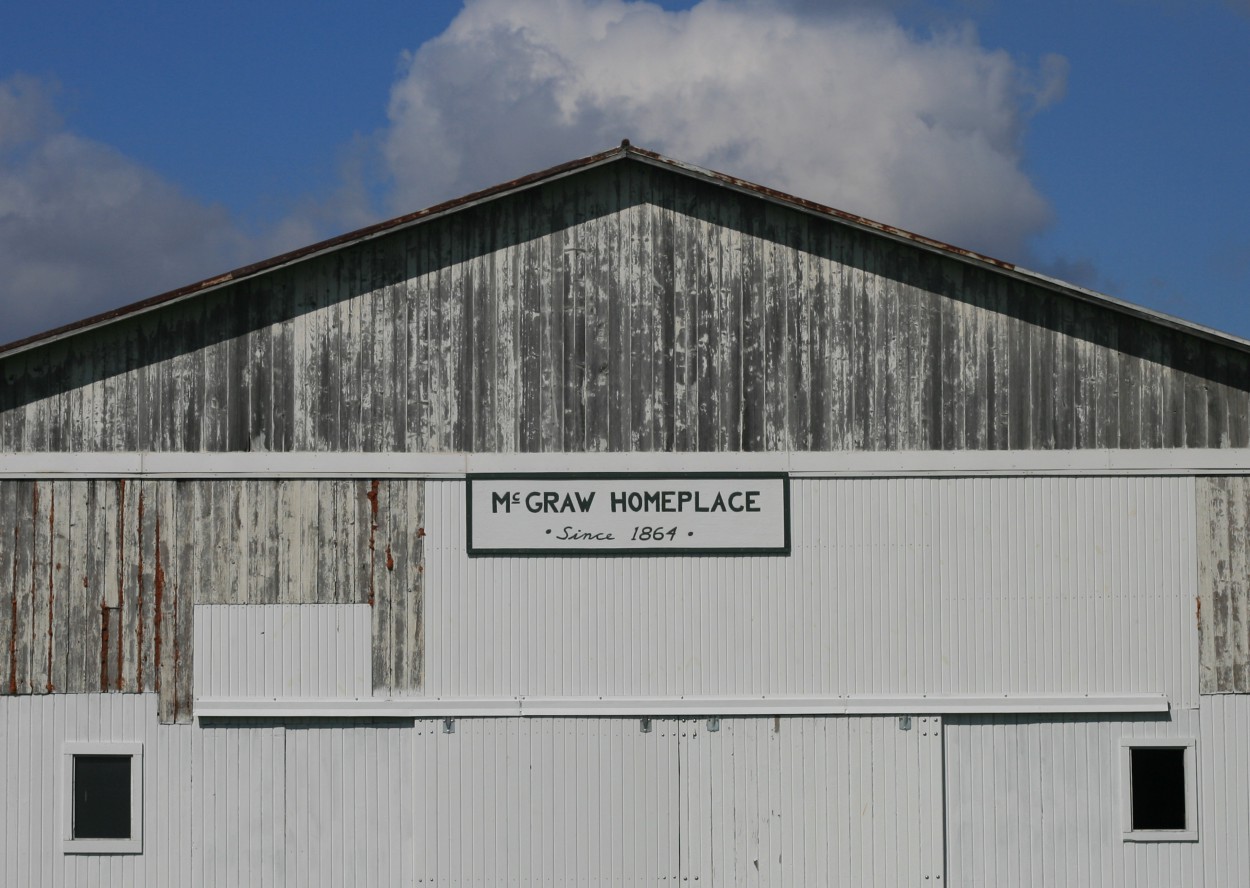 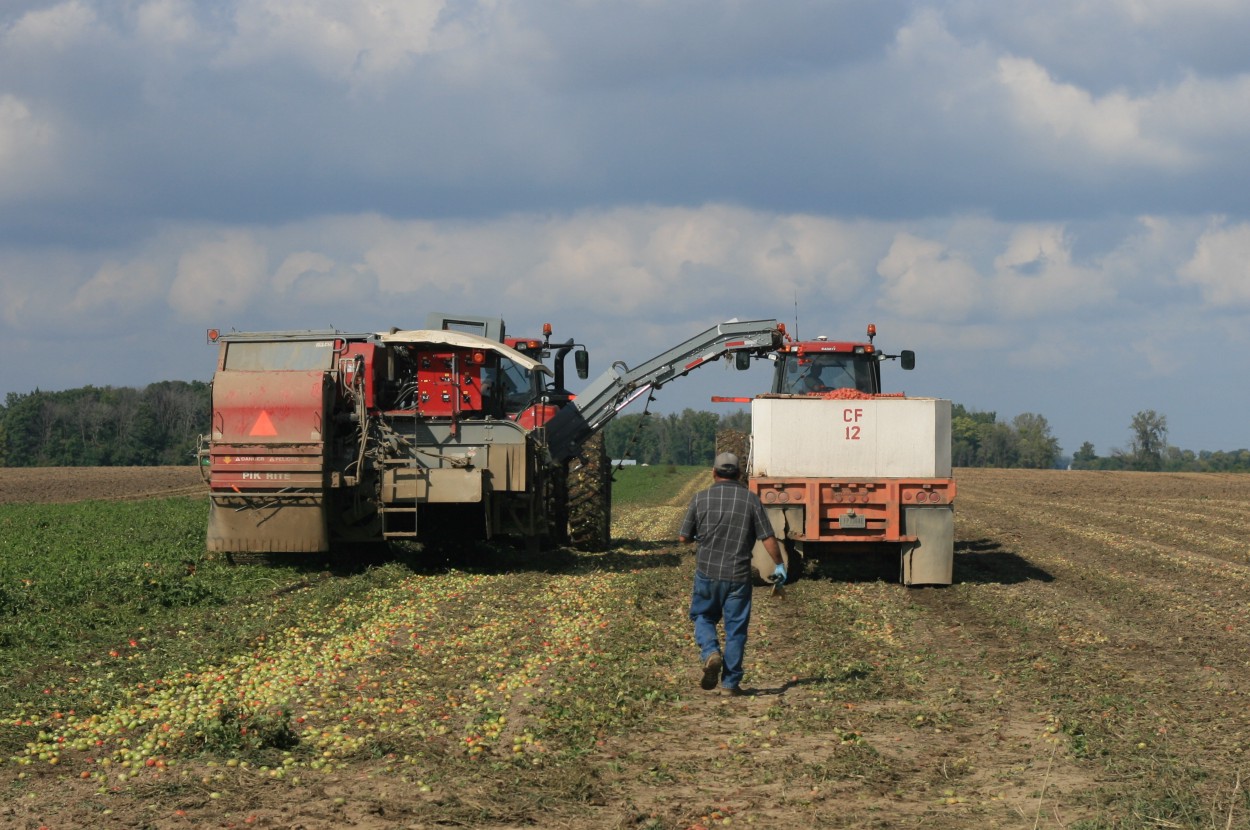 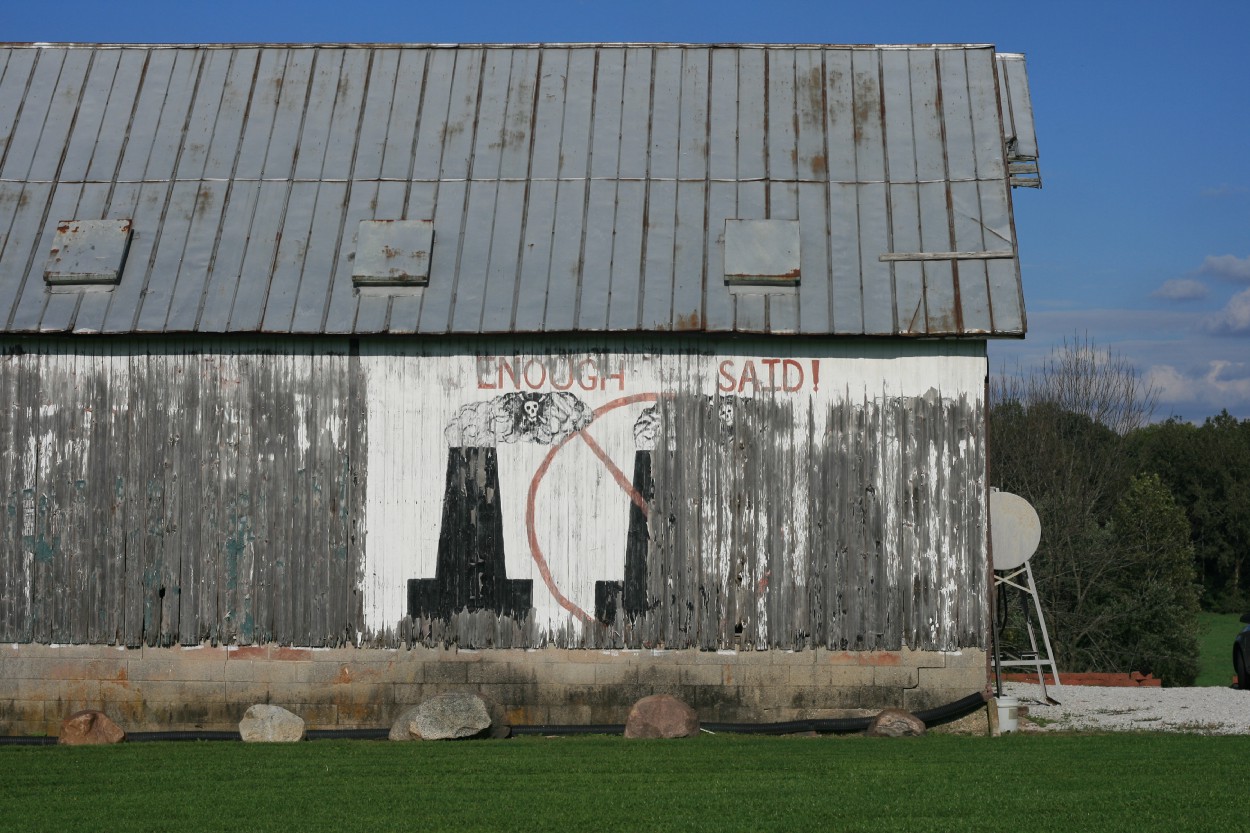 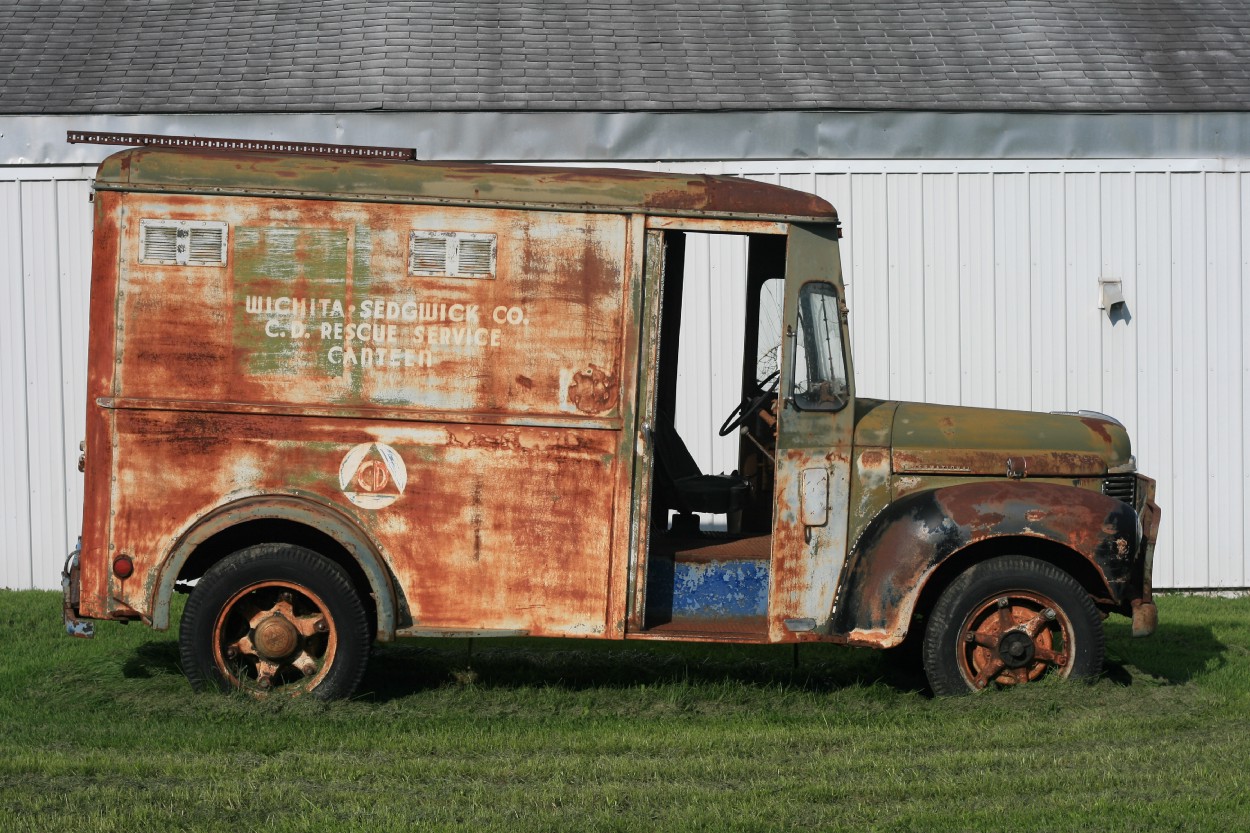 Five more miles of country road later, I reached Gaston (population 871), where the only thing of interest was the northern terminus of the Cardinal Greenway, a paved bike path that would take me all the way to (and through) Muncie. The only thing worth noting on the 12 or so miles to Muncie were several jet-black squirrels that darted across the path. These were the first and only black squirrels I saw on this tour. Actually, I’m not sure if I’ve ever seen black squirrels before. 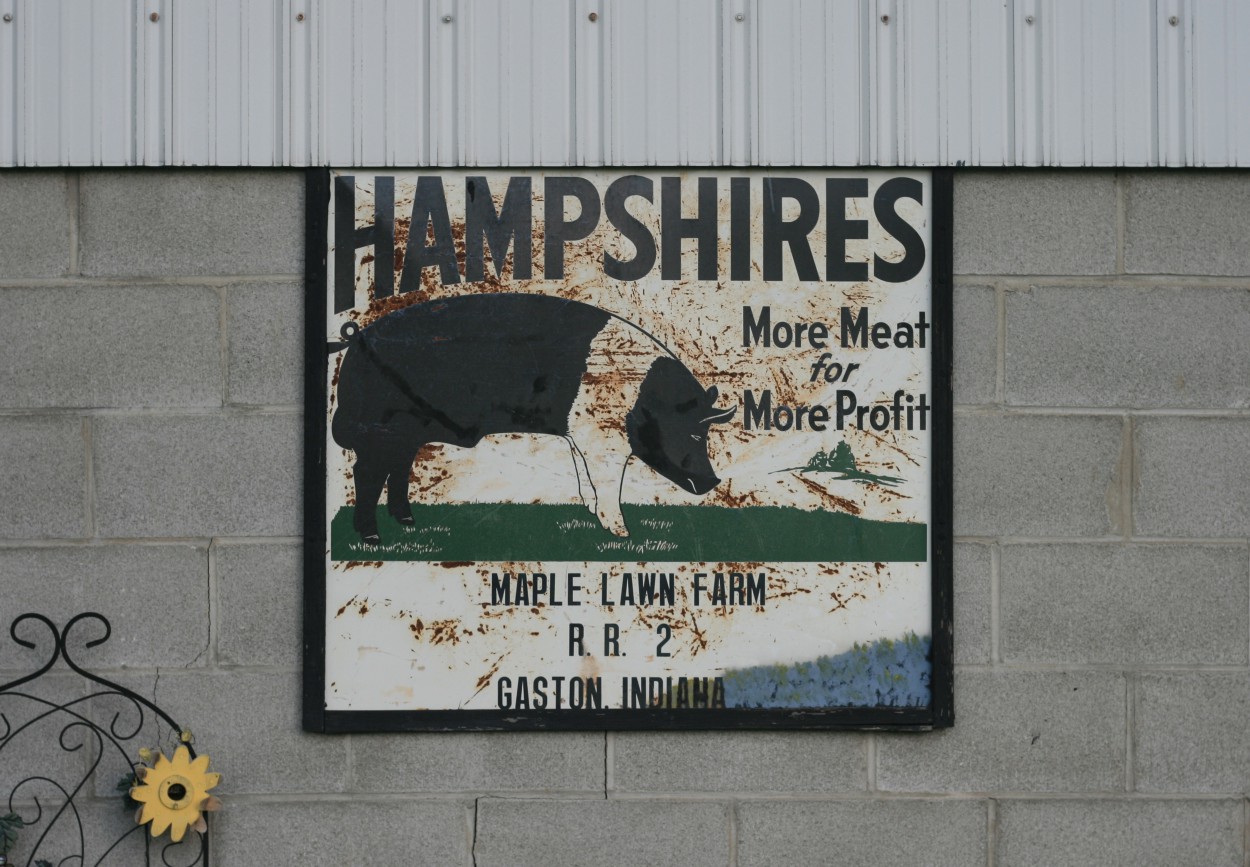 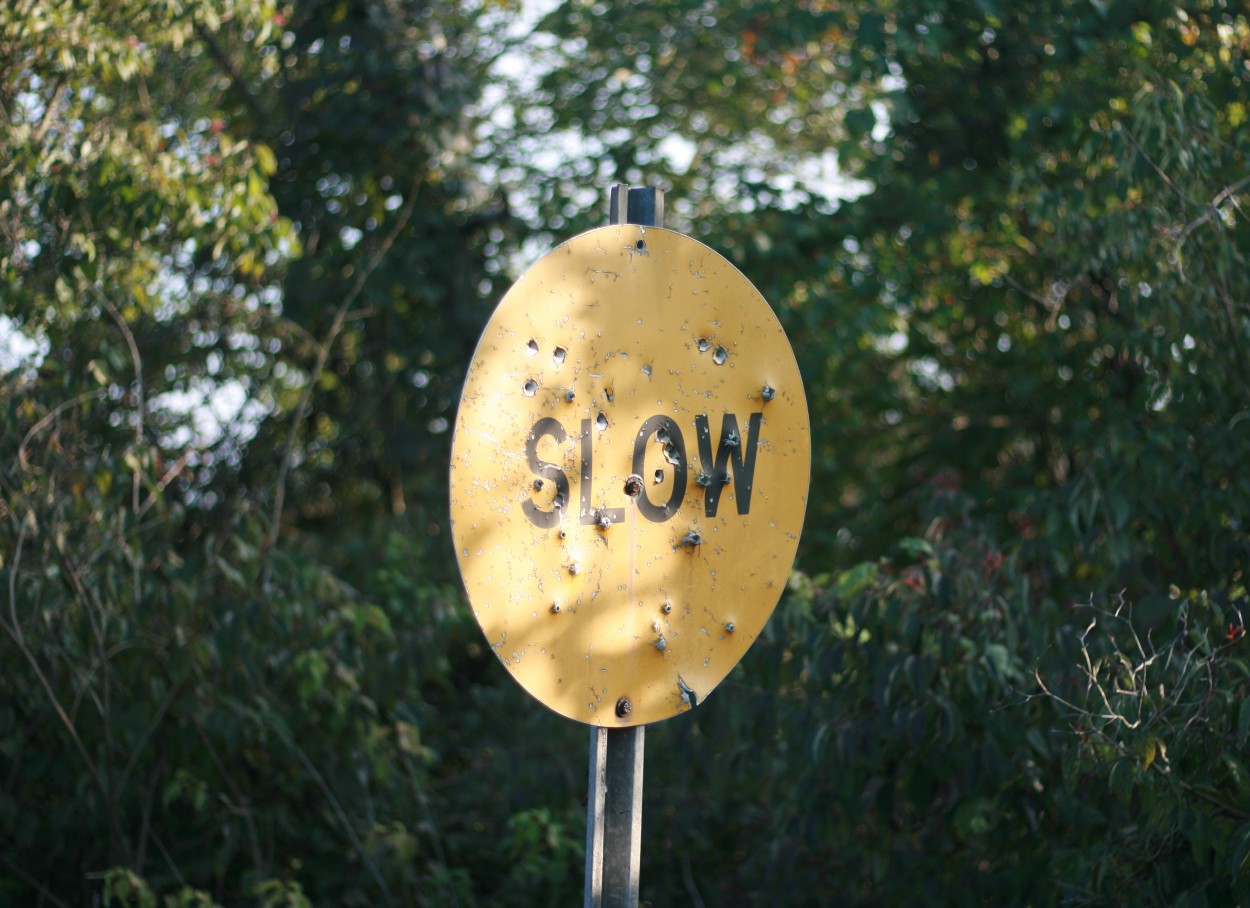 An Olive Garden restaurant immediately adjacent to the bike path heralded my arrival in Muncie (population 70,000.) I have seldom been more happy to have a bike path on which to to ride, since it would have been a nightmarish trip through the car-clogged, ugly suburban sprawl of the city without the path. 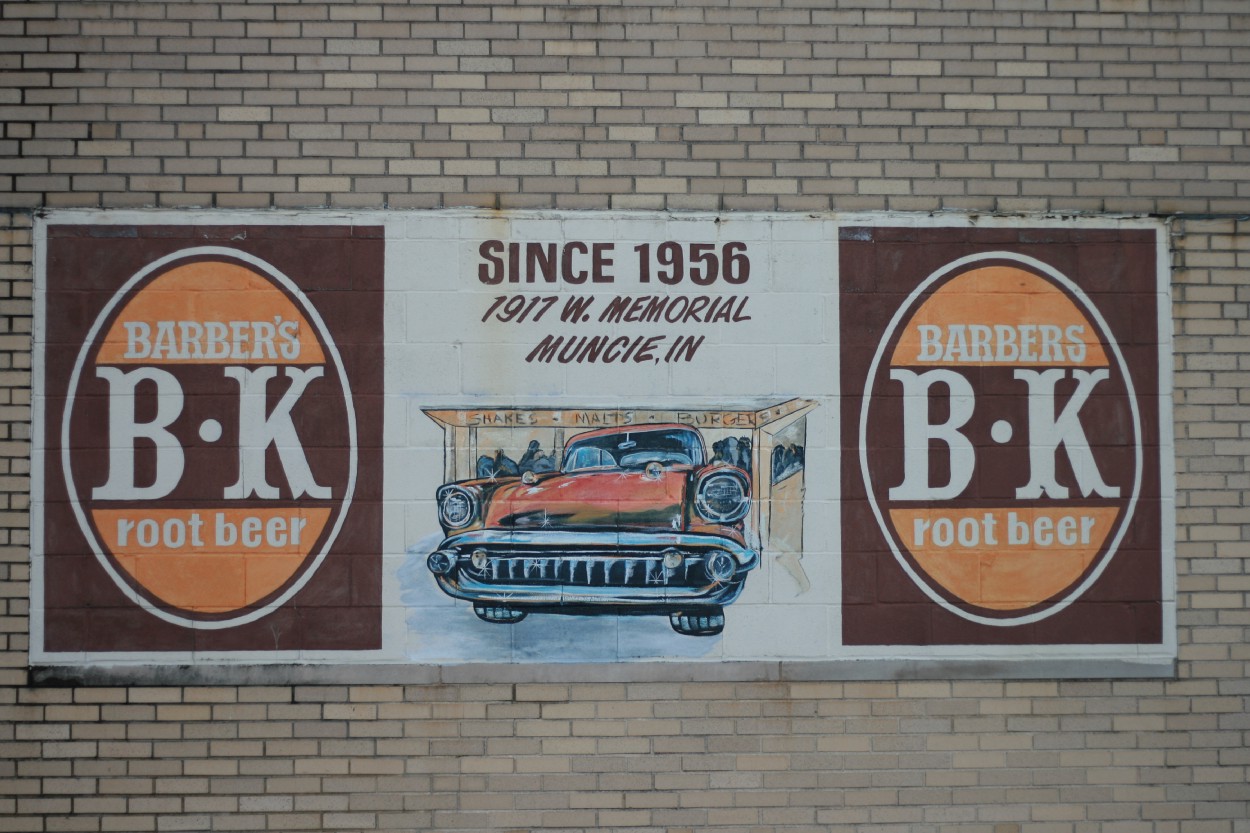 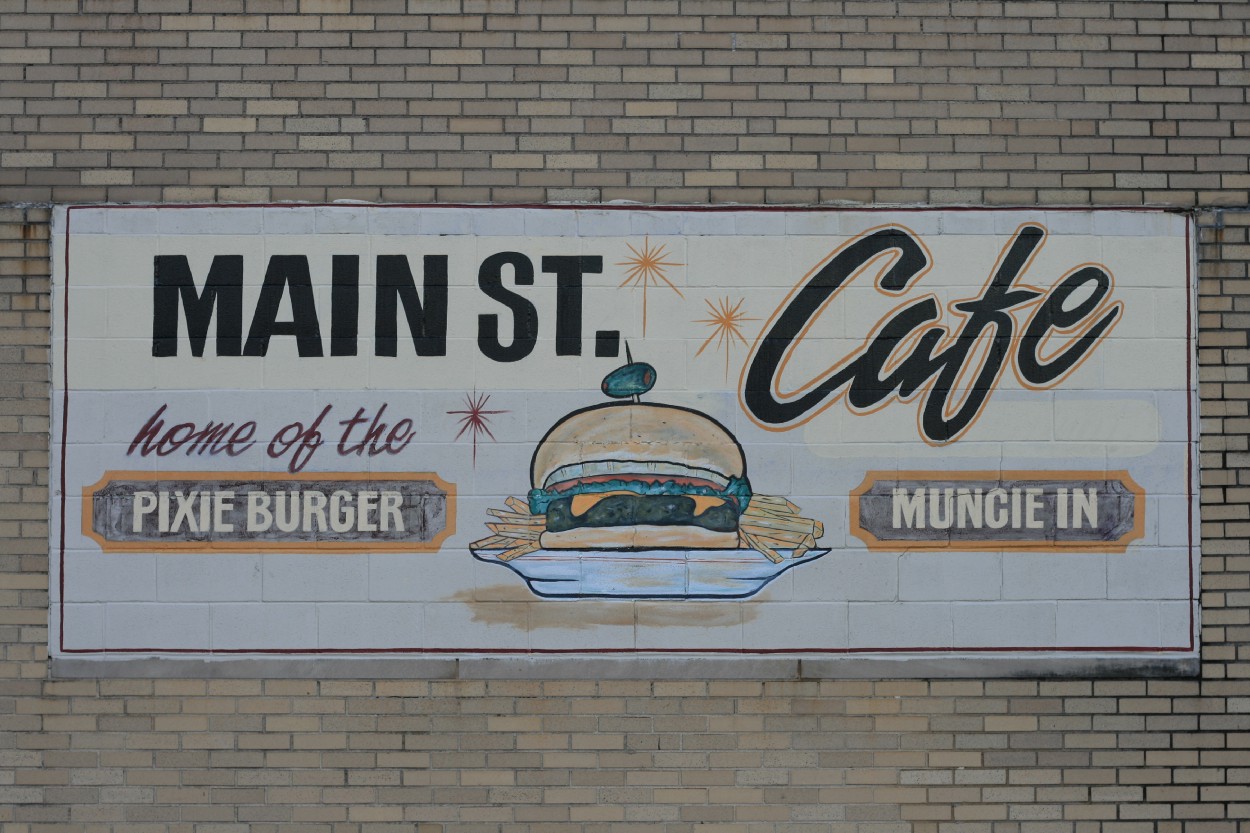 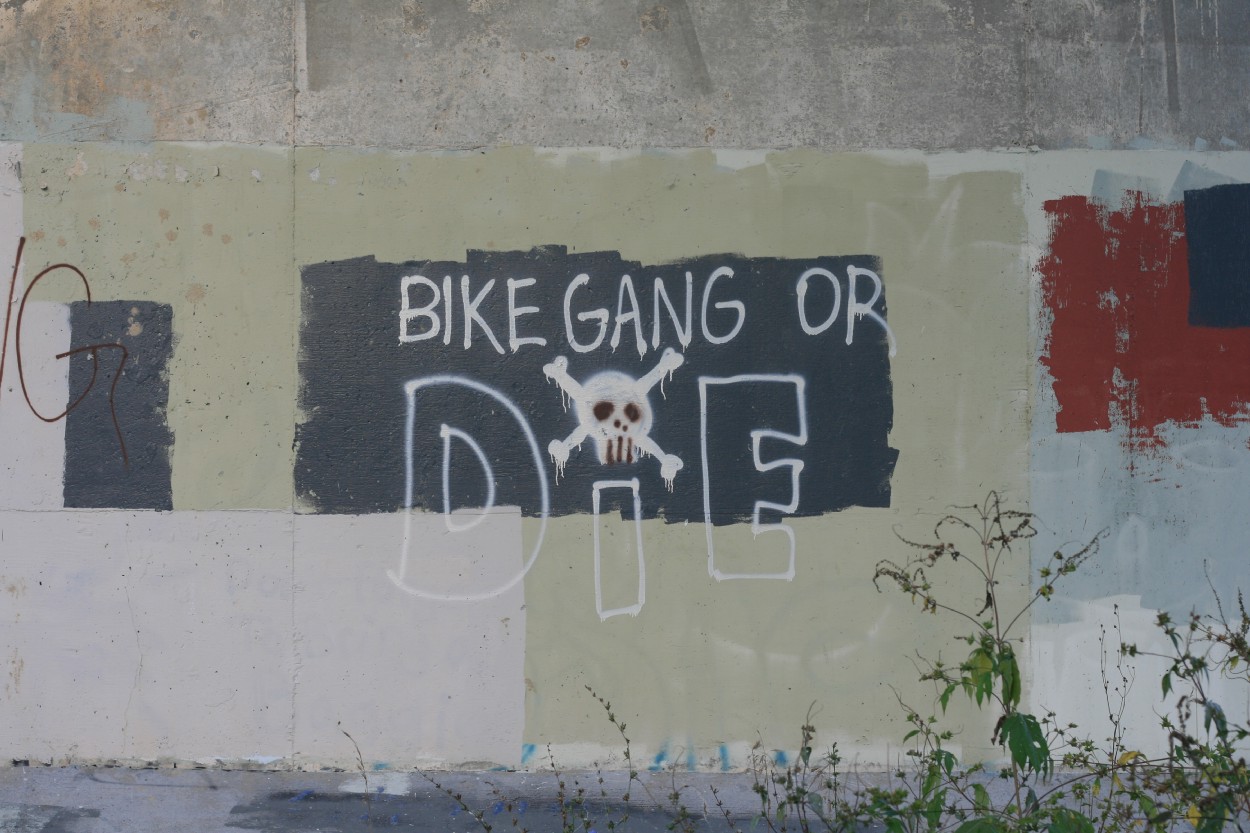 I was hungry again now, but didn’t stop for food because it was getting late. My original, overly ambitious plan was to get several miles outside of the city and camp in a state park, but I didn’t have enough daylight left to do a 120 mile day, so I stopped at a bed and breakfast a mile off the path.

The B&B was a slightly quirky place, run by an even more quirky couple. The gray-ponytailed husband was in his 70s, and, he quickly informed me for no apparent reason, his wife was 40 years younger. They had a ten-year-old daughter who was running around the B&B, and although the man was something of a bullshitter, and later told me several hard-to-believe stories from his time in the military, I had to give him credit for having the gumption to be the parent of a rowdy child at his age.

I was at least five miles from any store or restaurant, and I only had a few snacks left, but the nice lady brought me a huge bowl of popcorn, chocolate pudding, plums, cheese and apples from their kitchen. That was dinner.