I was up early, got my small amount of gear loaded quickly, and was riding out of the church when it was barely light. 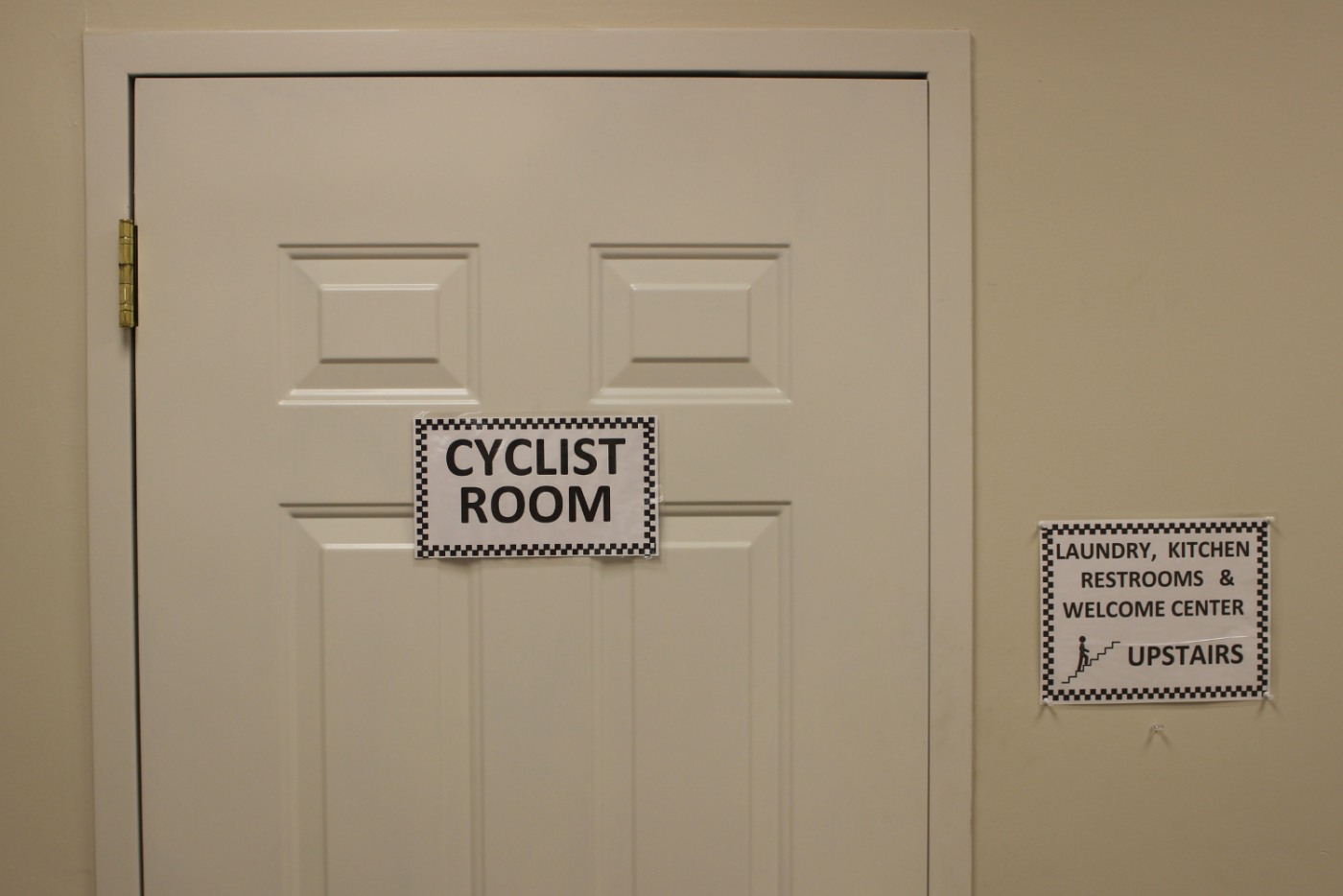 My smug self-congratulation on this early start lasted approximately one mile, when I stopped at a convenience store for a quick breakfast that turned into an hour.

Most of that hour I was engaged in conversation with a loquacious local, who spoke of various things: The many injuries he suffered as a sheet metal worker, grisly injuries suffered by his coworkers when he worked for the railroad ("It split him like a wishbone... He survived, but needless to say he will never have children"), his love of motorcycles, that one time he rode a bicycle 16 miles, and, especially, his love of guns.

I didn't have a lot to say as he listed the many guns he owned and described their capabilities. He told me that his thirteen-year-old daughter had a gun of her own, and despite his description of the various rules he imposed on her use of the gun, notably that she wasn't allowed to chamber a round inside the house, I was slightly appalled. It's a good thing that I was not entrusted with a gun when I was thirteen years old - I might have used it to murder my middle school tormentors.

The first several miles leaving Sebree had a little more traffic than I prefer, but the drivers were well behaved. As I turned off the busy road onto a much quieter one, a pickup truck slowed down, and the driver asked "Do you want a ride? That doesn't look like much fun!" I just laughed. 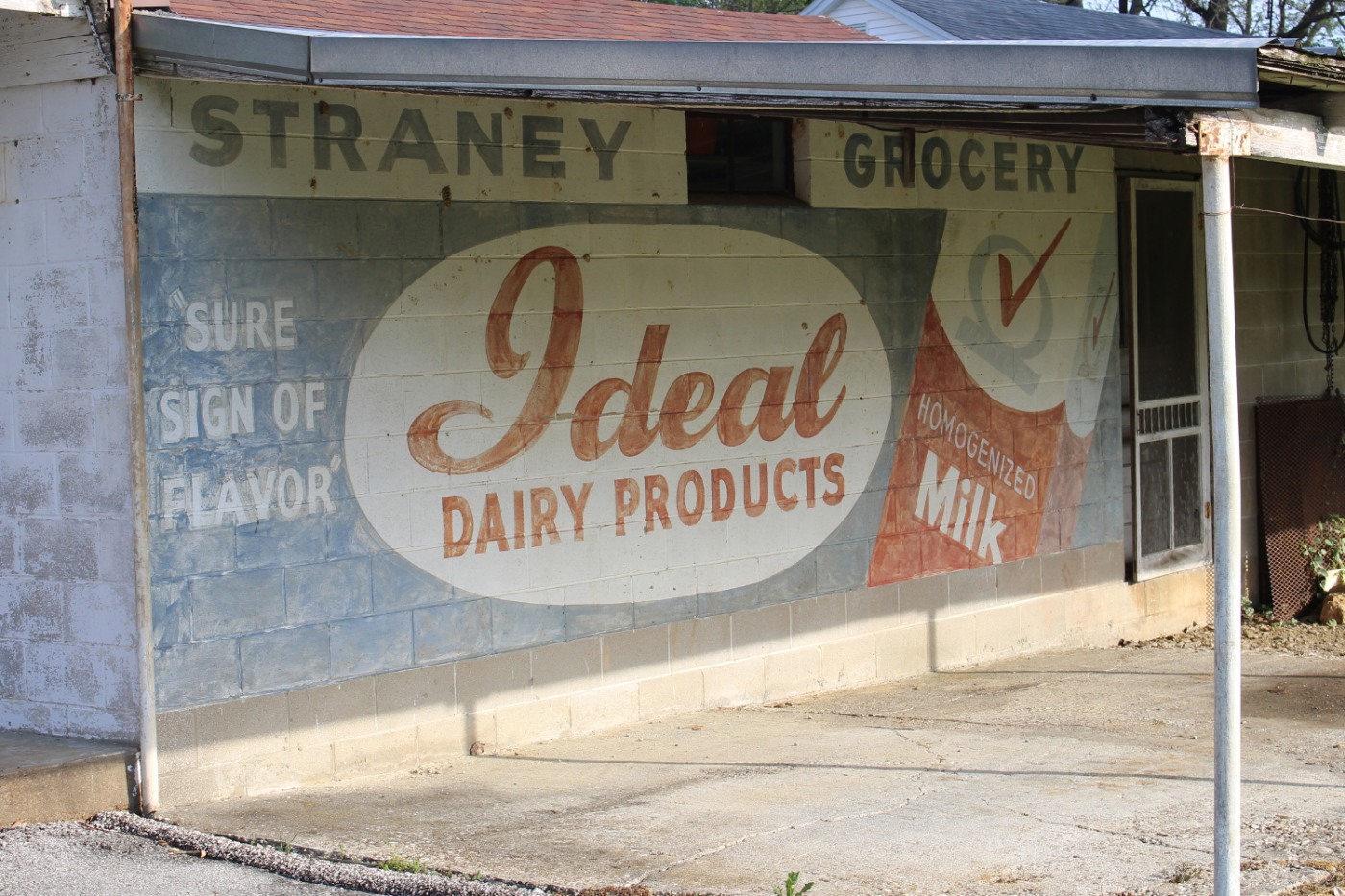 I stopped in tiny Beech Grove, where the only sunblock in the little country store was "baby" sunblock. The old men who always sit at tables at these kinds of places in the mornings chortled at my purchase, but I figured if the sunblock was effective on babies then it should work on me. 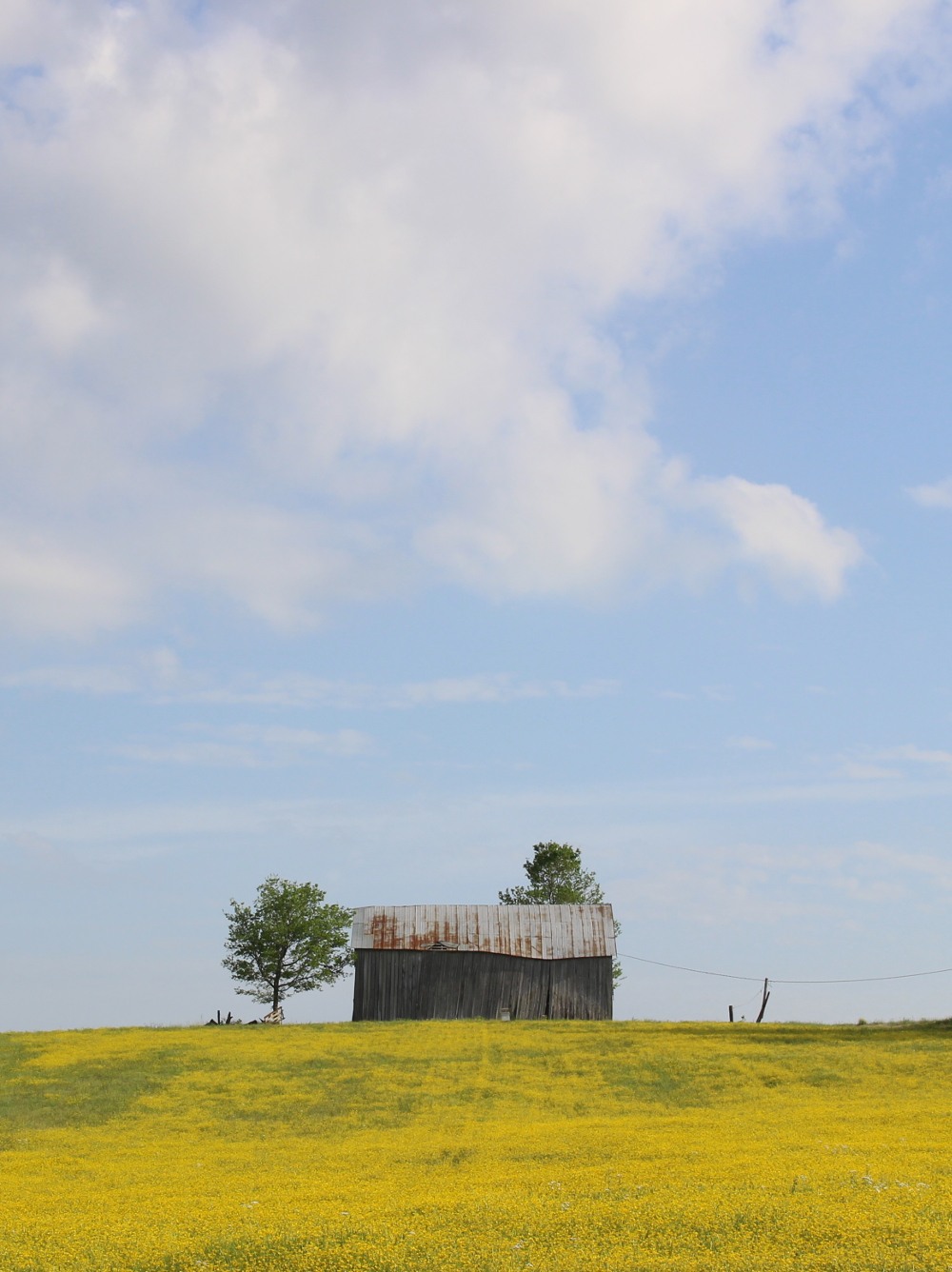 The ride continued to be pleasant. By mid morning I'd reached Utica, yesterday's original destination, where I stopped at J.R.'s, another classic Kentucky country store. The old woman who owned the place told me that when she bought the store years ago, she moved the table where the old men sat to the back of the store, so that women would feel comfortable coming in to shop. "Honey, this was a MAN'S place back then!"

We talked about the economics of running a country store and competing against the local Dollar General store, and then she walked across the road to her trailer home. Before going inside she looked at me over her shoulder and said "They're a hollerin' for rain!" 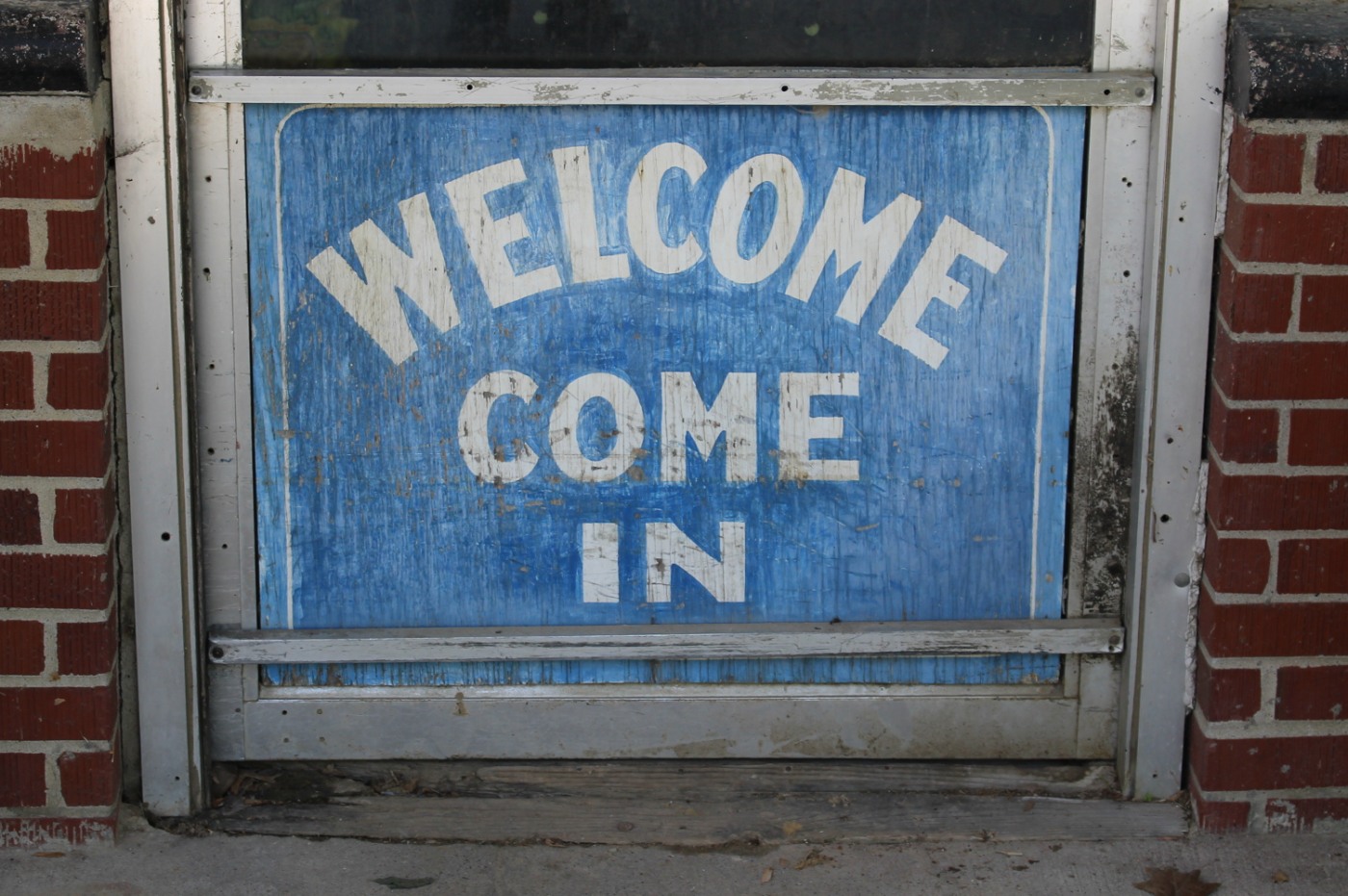 Not long after that, I stopped at Doolin's, yet ANOTHER country store. I bought a can of pop and talked to the elderly proprietress, who, oddly enough on such a hot day, was dressed in a flannel Christmas-themed outfit. Outside the store, two men walked up and started a conversation with me. One of the men was heavily tattooed, and had the look of someone who knows a lot about automobile engines. He was immediately interested in the single speed bike, and we talked about how well the 48x19 gear performed on the hills. His friend was older and neatly dressed in smoothly ironed khakis. He was one of the guys I always meet on bike tours who are interested in one thing and one thing only about what I'm doing: The tires. "How do those tires hold up?" "How many flats have you had?" "Is it hard to fix a flat?" etc. etc. 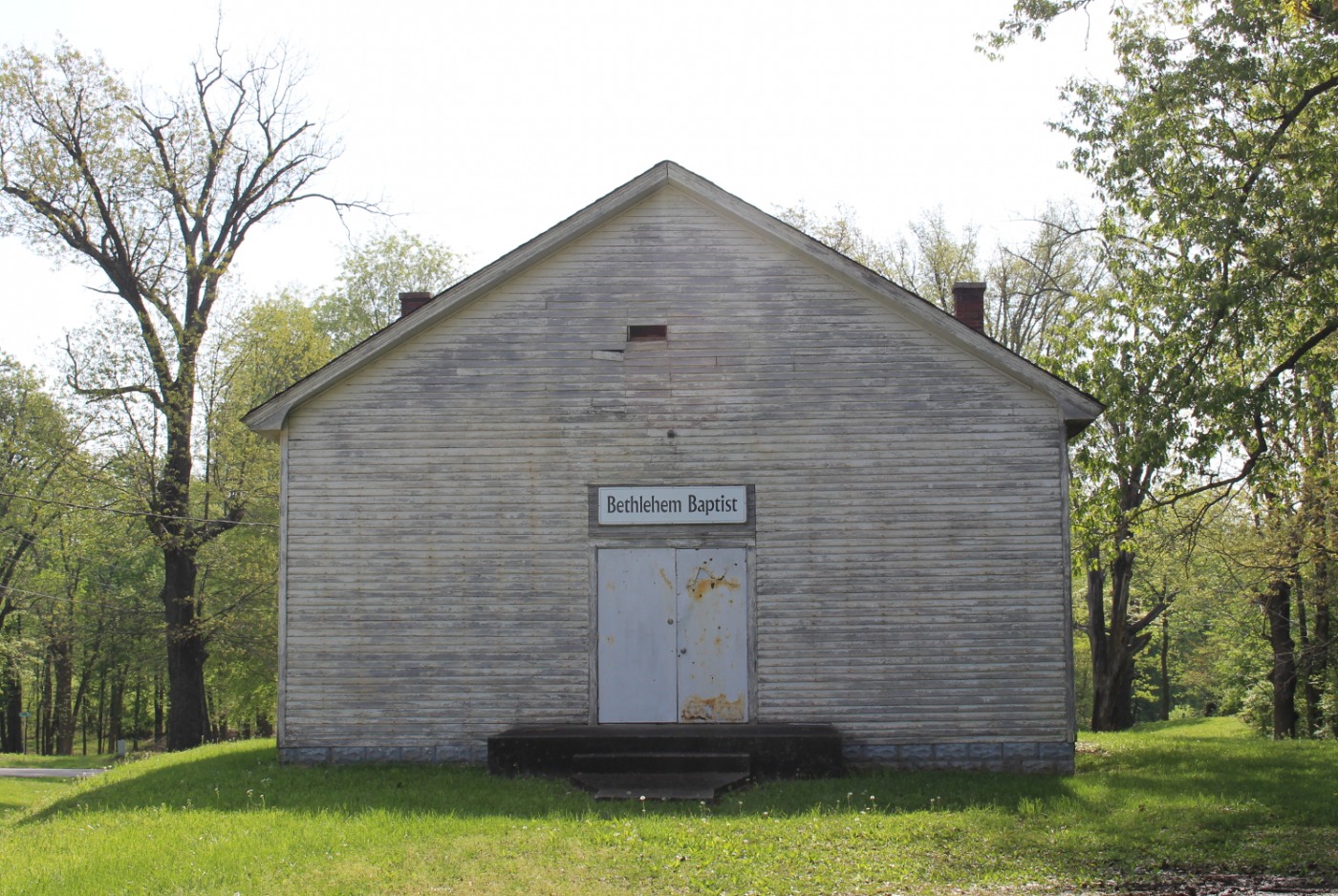 Midday I reached Fordsville (population 524), a busier town with a grimy gas station instead of a country store. There was a young woman chain smoking outside the store, telling all the passersby about her recent legal problems. Not a pleasant scene, so I rode for a mile until, not liking the busy traffic, I pulled over, consulted Google Maps, and quickly figured out a hillier but much less busy route on smaller roads. 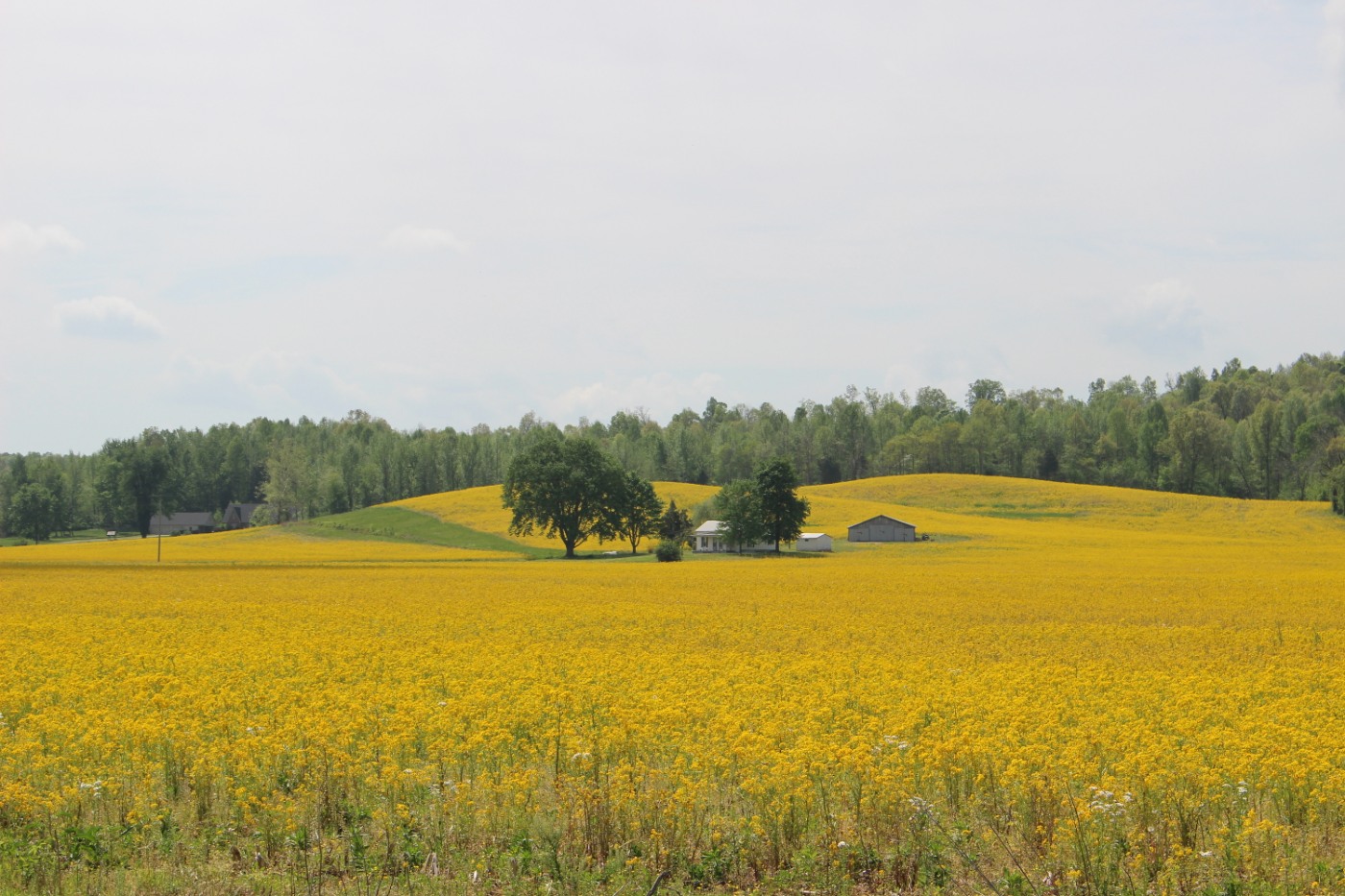 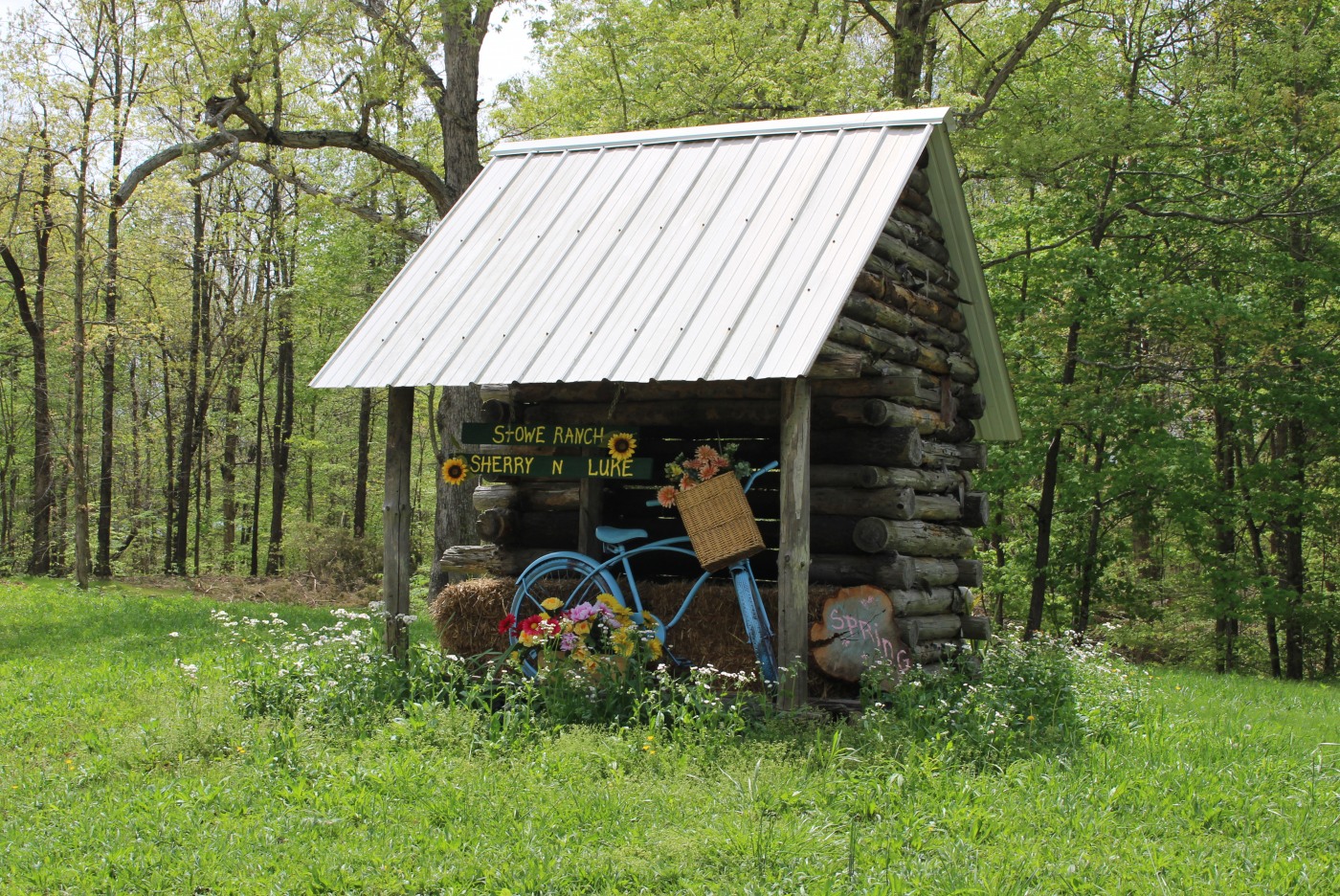 My alternate route dropped me back on to the TransAmerica Trail near Falls of Rough after about an hour of hill climbing and descending. I stopped at the store there, where the friendly woman shouted "My first bicyclist of the year!" She was still excited to see me even after I informed her that I was only doing a week or so on the route, and wasn't crossing the country. After eating a sandwich I had a conversation with an odd guy who advised me to use WD-40 on my chain, and also cautioned me that my tires were dangerously bald (they weren't.) Despite living on the most famous bicycle route in America, he seemed surprised to learn that all the cyclists he'd been seeing for years were (mostly) on long rides from coast-to-coast.

That was the end of my interactions with people for the next several hours. I stayed on the TransAmerica Trail, which was nice and low-traffic, all the way to Sonora (population 350). 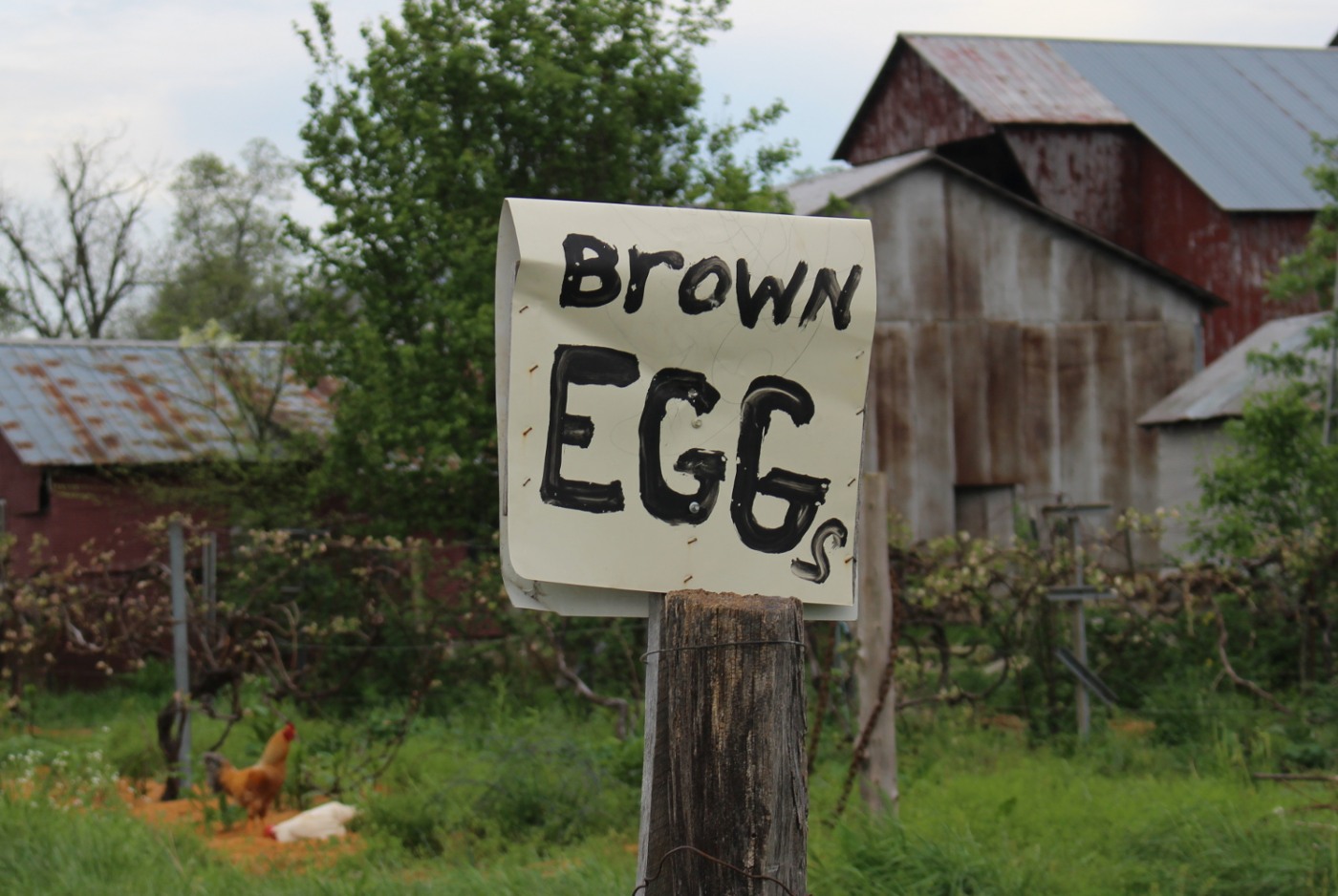 Sonora is on Interstate 65. There was supposed to be some sort of bed and breakfast in town, although it had virtually no internet presence, and no one had answered the phone number when I'd called three or four times throughout the day.

I got to Sonora as dusk approached and started looking for the bed and breakfast. I couldn't find it. The address I had did not appear to exist.

I rode to the edge of town, sat on a rock fence in front of the Dollar General store, and considered my options. There appeared to be a motel four or five miles away in another town, but it had truly terrible reviews. It would be dark soon, and I thought I should call the place to make sure it was still in business before riding there. As I was calling, a minivan carrying two older couples slowed down. "Do you need a place to stay?" one of the men asked. I told them I was considering the motel in the next town, and one of the women said "Oh honey! You just CAIN'T stay there! They rent those rooms by the hour!" The other lady added "That's where the truck drivers go on dates with their girlfriends!"

They offered to show me where the bed and breakfast was, so I followed them a few blocks to a big old house, where I met Charlie, the elderly proprietor. After I showered, Charlie gave me leftovers from his dinner, which proved to be delicious (Charlie had lots of cookbooks in his kitchen, and apparently had studied them carefully.)

Afterward I briefly looked over my maps, but was too tired to figure out a route, and decided to worry about it tomorrow.